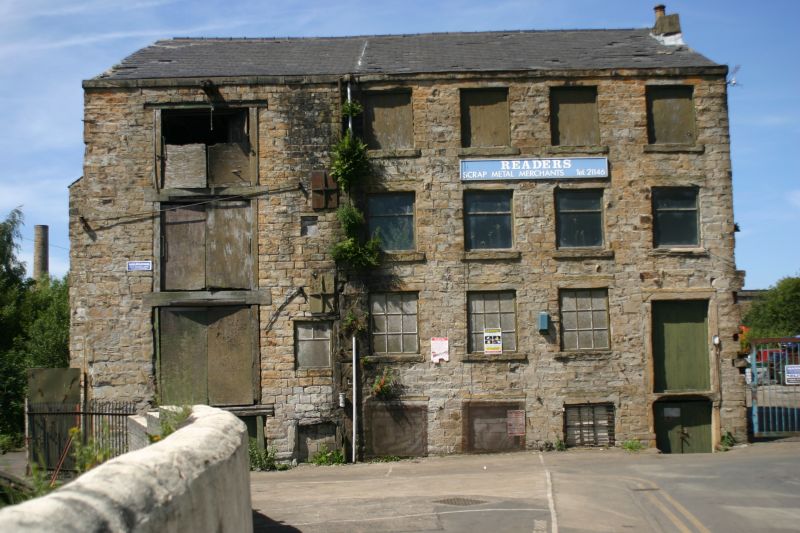 Small cotton spinning mill, now scrap metal warehouse.
Probably c1833. For John Hargreaves; altered. Coursed squared
sandstone, slate roof. Rectangular plan on east bank of River
Calder.
Three storeys over a semi-basement, 1:4 windows; to the left,
4-staged loading doors with C20 surrounds; to the right,
tiered doorways to the basement and the raised ground floor,
both with plain surrounds and the intermediate lintel with a
chamfered soffit; three windows at basement and ground-floor
levels and four on each floor above, the topmost now boarded, all
with plain sills and heads. Two tie-plates. Attached to the west
gable wall (overlooking the river) is a small 2-storey gabled
engine house, raised on iron columns. The east gable wall
incorporates stone slates of the gable end of a former row of
weavers cottages known as Club Houses, and above this are four
windows to the top floor and one in the gable above.
INTERIOR not inspected.