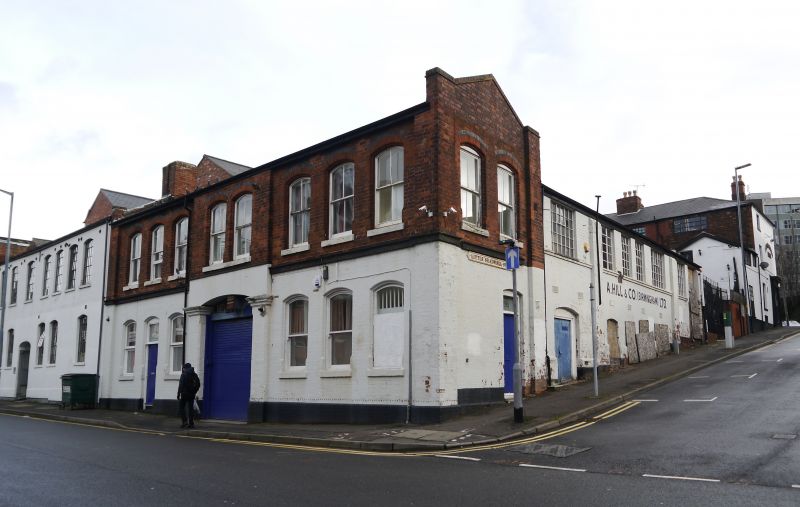 Note The Bath Street (SE) range was built in 1839-40 for William Read
a coach builder. By 1860 Thomas Mabbutt a gun implement maker
occupied part of Read's buildings which by then had been extended
around two courtyards and to Shadwell Street. By 1871 Mabbutt
occupied the whole building and the 1876 Directory lists the whole
building as occupied by Abingdon Works Company Ltd., its managing
director being Thomas Mabbutt. The factory was taken over in circa
1907-8 by Humphries and Dawes, Cycle Makers. Since 1913 it has been
occupied by various gun makers and light engineering firms.