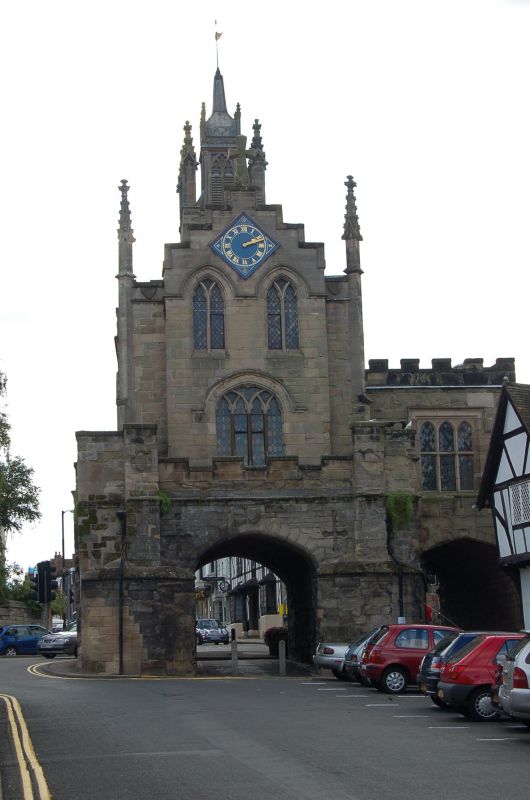 II*
Early C15, with later alterations. Now a part of King's High School for
Girls. Lower part consists of the medieval masonry of the original town
walls. This has 4-centred-arched opening, C15 which spans roadway between
Jury Street and Smith Street and the structure forms attractive termination
of vistas to these two streets. There is a small chapel, with clock tower
built over the archway, of C15 origin, which was largely rebuilt in 1788
by Francis Hiorn, probably following the principal outline of the medieval
chapel with the addition of some pinnacles and castellation. AM. VCH,
viii, p 420.