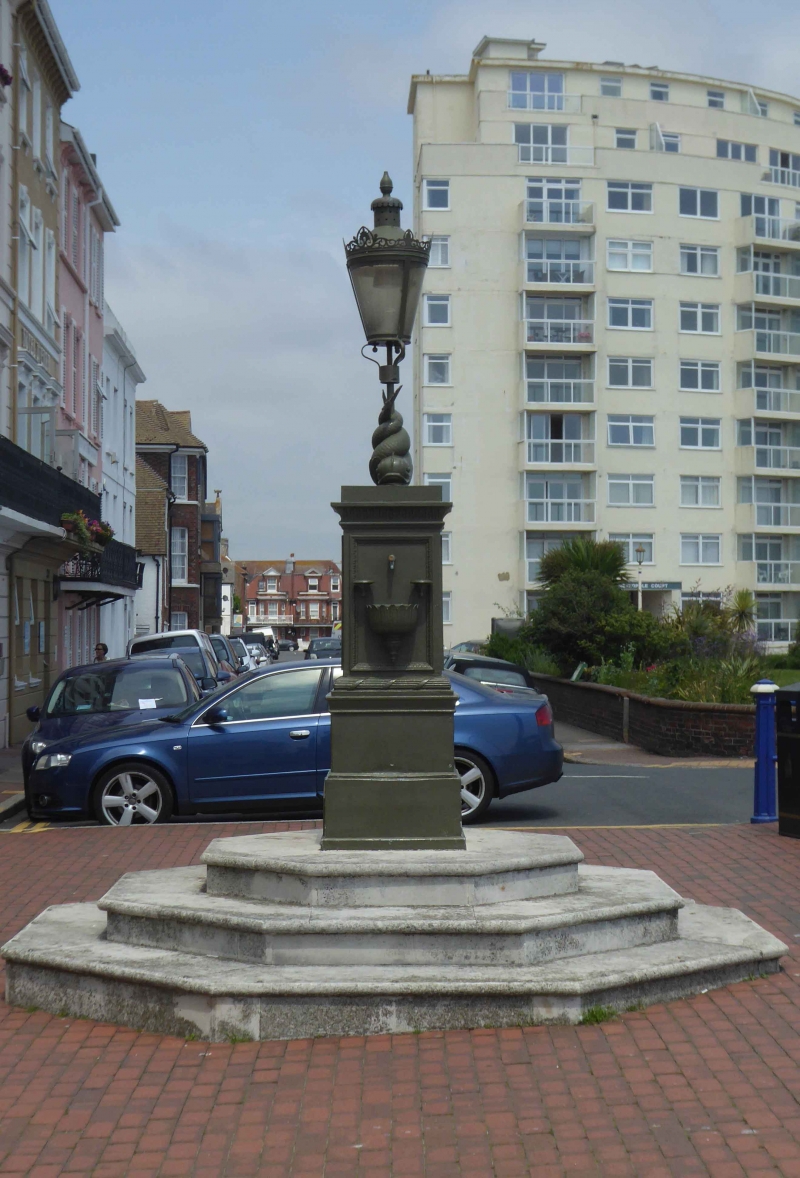 Drinking fountain. Erected in 1865 by a local resident Elizabeth Curling (1790-1873), restored in 2000. Cast iron structure. Rectangular with two intertwined dolphins on top supporting a lantern (restored), all raised on three octagonal Portland stone steps (restored). Mutule cornice above panels and fasces below. Alternate sides have tap, bowl and two small circular shelves on which rested the drinking cups (now missing). The other faces have oval inscription panels each engraved 'erected MDCCCLXV'. One has the biblical text 'Jesus said whoever drinketh of this water shall thirst again' the other, 'Jesus said whoever drinketh of the water that I shall give him shall never thirst'. Originally this drinking fountain was positioned along Seaside, but it was moved in the 1950's to a location on the corner of Langney Road/Seaside before being fully restored and moved to its present position in 2000. Old photographs show it originally had a gas lantern on top.