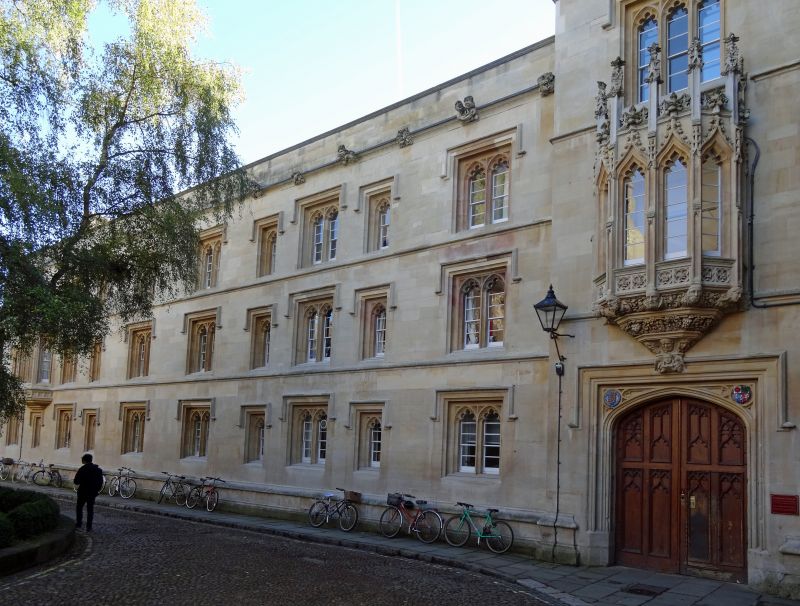 1. PEMBROKE COLLEGE
1485
Main Quadrangle
North Range
including Library and
North Wing
SP 5105 NW 12/583B 12.1.54
I
2.
Built in 1673, with a gatehouse which was finished in 1694, refaced and
remodelled in 1830 by Daniel Evans, an Oxford builder. Extending to West
from gatehouse is the Library, which incorporates the former refectory of
the medieval Broadgates Hall and having at its West end a crosswing oo 1620
with a modern bay window. Extending North from the Library is the former
Master's Lodging, 1695, altered in 1846 and converted to rooms in 1928.