All Souls College, East and West Ranges of the North Quadrangle 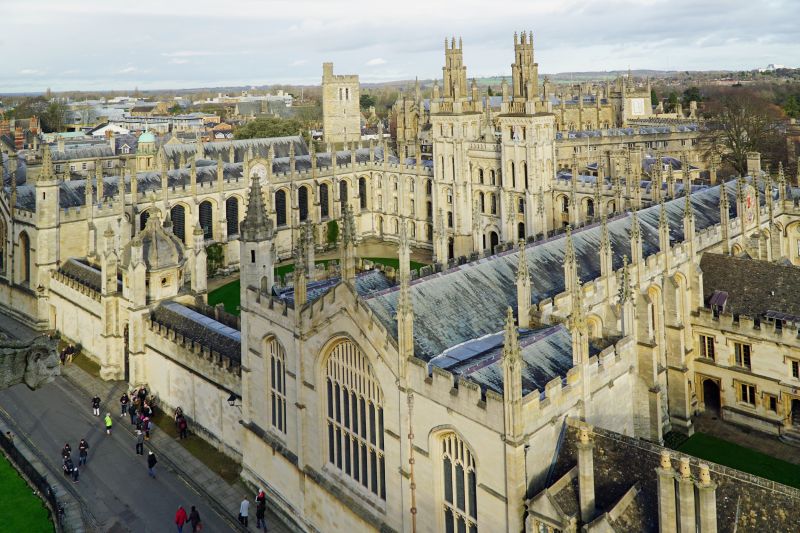 Entry Name: All Souls College, East and West Ranges of the North Quadrangle

2.
By Hawksmoor 1716. The East range consists of Central block and South tower
1716, North tower and its staircase, 1720, South block 1724; the North block
1720-48, Townesend being mason. Twin towers rebuilt 1902-6 in Clipsham
stone. The colonnade or cloister on West is Gothic outside and classical
inside; the North half 1728; the South half 1734, William King being builder;
the iron gate by Hawksmoor. The walls of Headington and Burford Stone,
refaced on street side in Box Ground stone circa 1850 and since patched.