A Willett and Son bread Bin 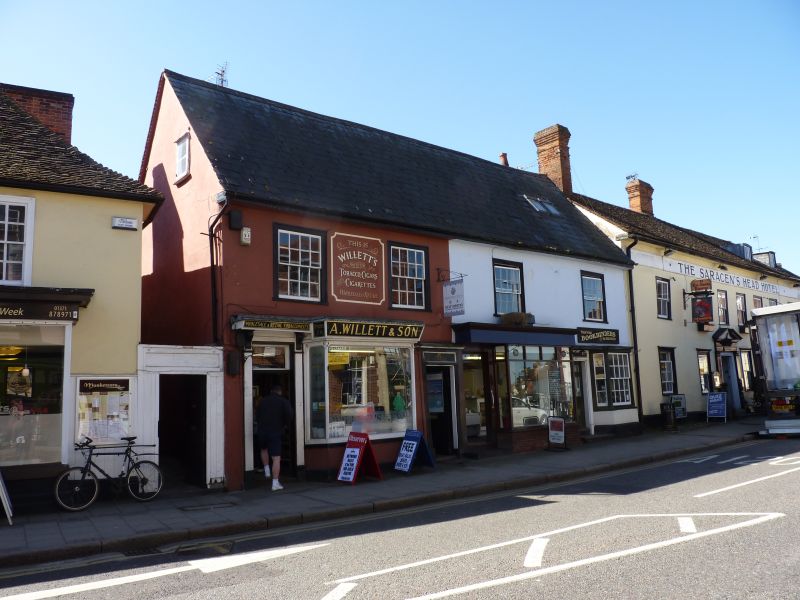 Shops and flats, former house, C16 or earlier. Timber framed and plastered.
Front has slate gabled roof and 4 peg tile gables at rear, one of which
projects, over a 2 storey block with jetty on S side. Front elevation was
formerly jettied and has 4 double hung sashes with small panes and moulded
surrounds on first floor. Ground floor, has from N end, one canted bay window
with double hung sashes, on early C19 reeded pilastered door surround with
panelled frieze and C20 shopfront. Then follows a similar door surround framing
on entry passage and a good late C19 projecting shopfront and its contemporary
door surround which has a flat hood on scroll brackets. The shopfront has
original gilt fascia with its black lettering and arch topped mullions.