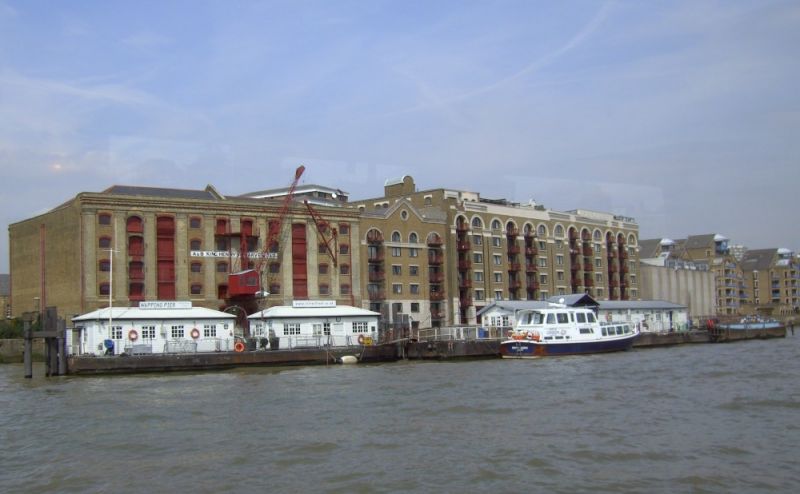 WAPPING HIGH STREET El
1.
4431
(south side)
TQ 3480 22/794 GV King Henry's Wharves
II
The address shall be amended to read as follows:-
WAPPING HIGH STREET El
(south side)
'A', 'B', 'C' and 'D'
Warehouse, King Henry's
Wharves,
The following shall be added to the end of the description:-
The river front has a more monumental elevational treatment with a giant
pilastrade rising from stylobate ground floor,. frieze with brick corbel string,
cornice and blocking course. Segmental arched windows, those on ground floor
contained in segmental arched recesses. Loading bays in ground floor below the
hatch ranks have same granitesurrounds as on street front. Large wall mounted
lattice jibbed crane to centre of first floor and smaller one to second floor
right.

No 94 (The Old Aberdeen Wharf), St John's Wharves and King Henry's Wharves
form a group with No 110 and King Henry's Stairs and associated lamp standard,
the intervening unlisted Police Station is not obstrusive.