A Grade II* Listed Building in Barwick in Elmet and Scholes, Leeds 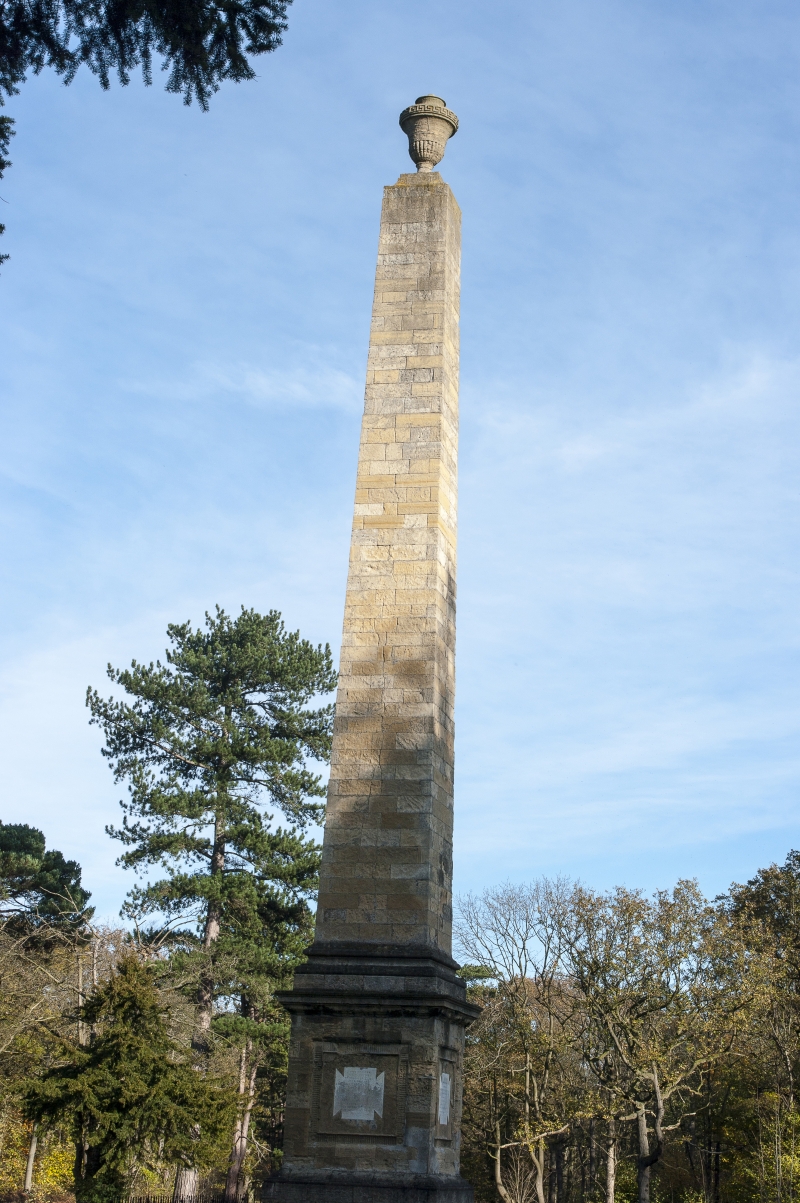 Each tablet engraved:
THIS OBELISK
IS ERECTED BY
GEORGE FOX LANE
LORD BINGLEY
AND HARRIET BENSON HIS WIFE
IN MEMORY OF THEIR SON
ROBERT FOX LANE
GRANDSON AND HEIR TO
ROBERT BENSON LORD BINGLEY
WHOSE MEMORY IS WORTHY
TO BE REVERED BY POSTERITY"

Part of a formal garden. From the obelisk ten avenues fan out. See the Rotunda (q.v.).