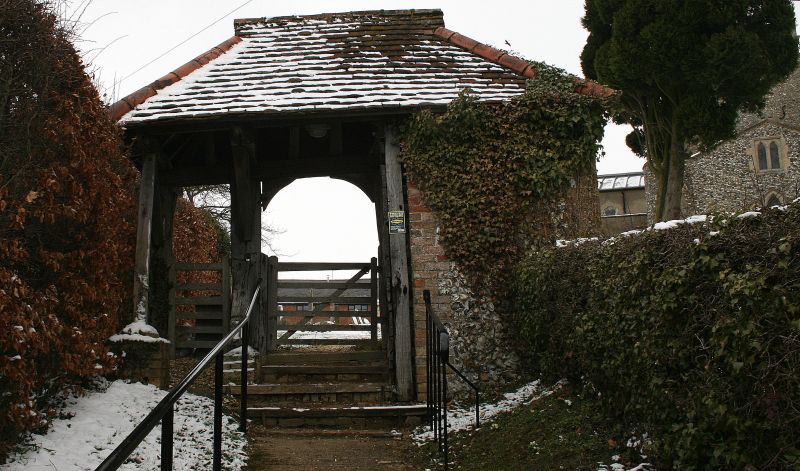 The lych-gate is C15th but was altered in 1830 when one side was walled up to form the parish cage. It was used as a lock-up until approximately 1920.