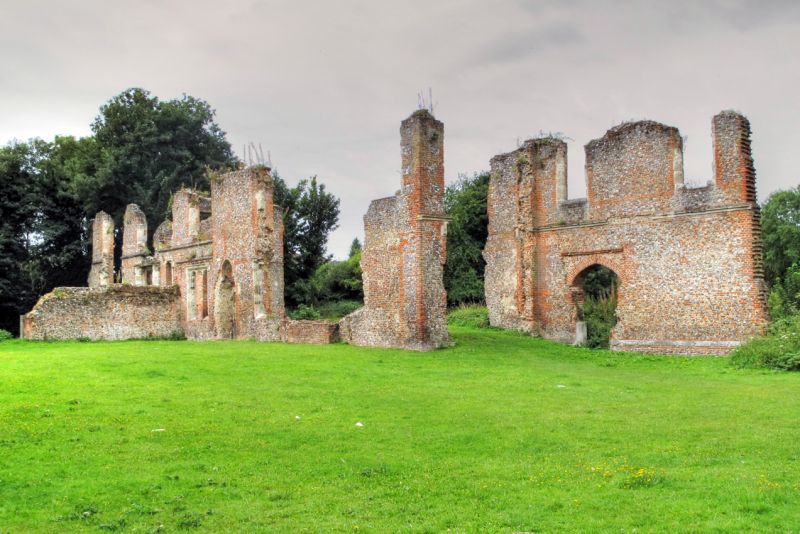 2.
Unroofed ruins of a very large, 2-storey mansion, built in mid C16 by
Sir Richard Lee from and among the remains of the original Sopwell Nunnery.
On East face 3-light Perpendicular mullioned windows have been partly blocked
or extended in this re-building. Walls of flint with brick headers and
dressings, and moulded stone string. Various other foundations and parts
of buildings, much overgrown. Large building to West in field has been
modernised later, then demolished, but mediaeval foundations standing. AM.