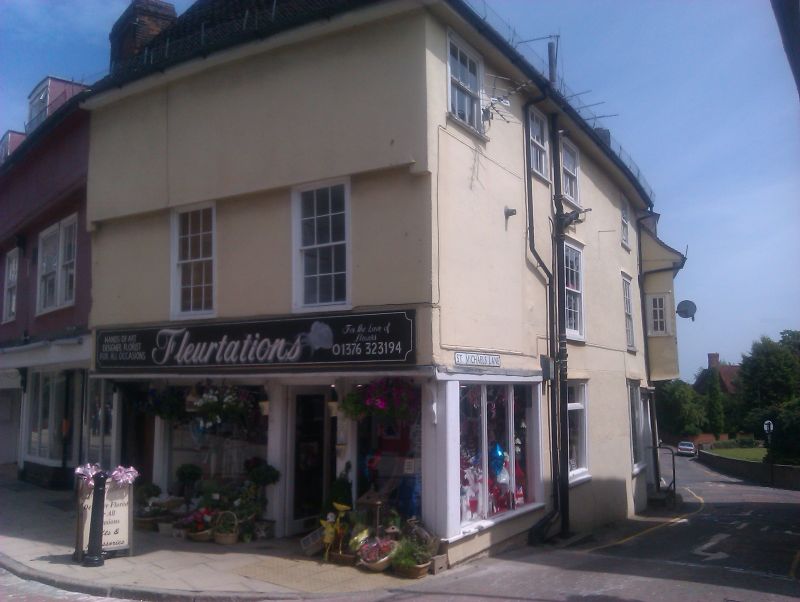 No 106
(formerly listed as
No 104)
TL 7522 1/114 25.10.51.
II GV
2.
A C15 and C16 timber-framed and plastered building with a long frontage facing
south on St Michael's Lane, Altered in the C18 and later, The east half, in
St Michael's Lane is C15, 2 storeys, attics and cellars with the upper storey
jettied, with 1 curved bracket remaining, The west part is late C16. 3 storeys.
The west front is double-jettied but the ground storey is now underbuilt by
a C2O shop. C18 fenestration, 2 window range on the 1st storey of the west
front and 5 window range overall on the south front, double-hung sashes with
glazing bars, in flush cased frames, At the north end there is a passage way
with remains of moulded jambs of an original doorway, and an original battened
door. At the rear part of the upper storey is jettied with some 7½ ft overhang,
with a moulded bressumer, curved braces and wall posts, RCHM (9).