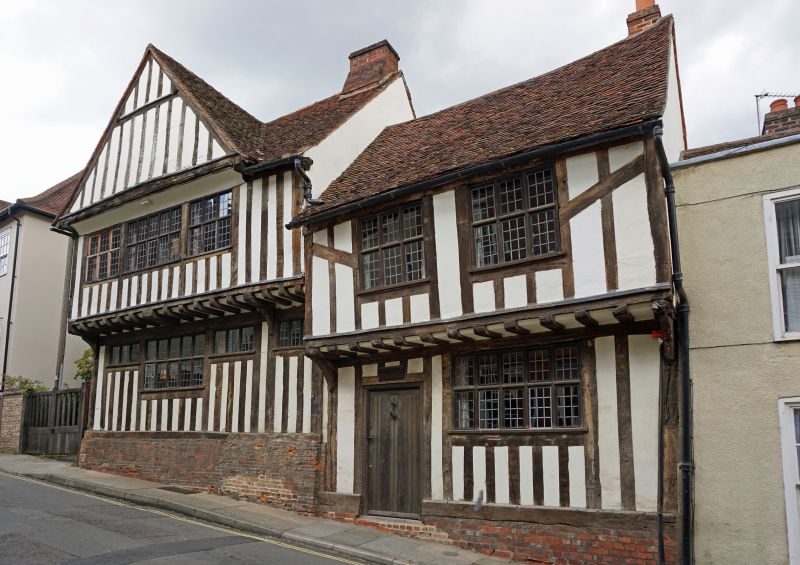 2.
Good C14, C15 and C16 building, extensively restored but its general
character preserved. The south part of the building is largely mid Cl6
but incorporates part of an earlier C14 Hall. It has a projecting gable
on the east front with moulded bressumer, projecting upper storey with
curved brackets, exposed timber-framing and brick plinth. The north
part may have been a separate building and dates from circa 1500, its
upper storey projects on the east front at a lower level, the timber-
framing is exposed. There are some original doorways and windows, much
restored and the remains of the former 'screens'.