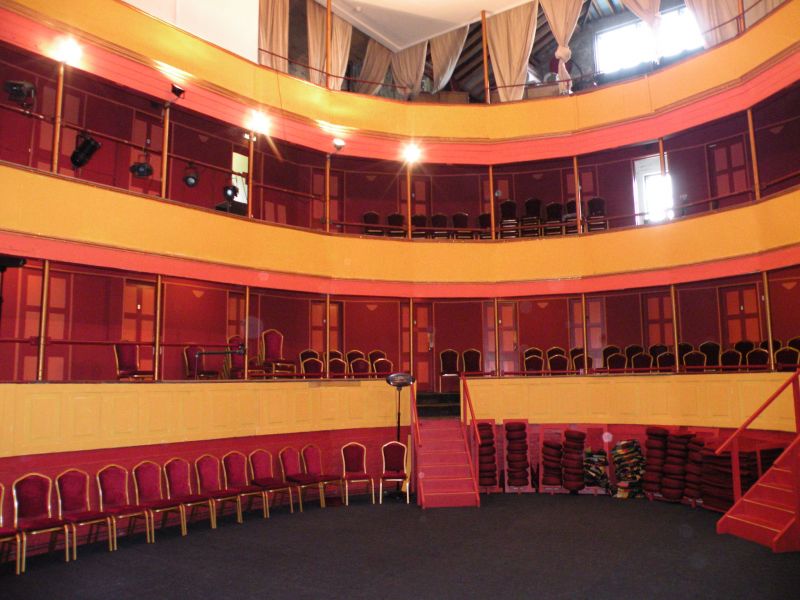 2.
Former Theatre Royal. 1816. Built at Barnwell because of prohibition
in the University town. The interior is a virtually complete example of
a Georgian theatre with a three-tiered horsehoe auditorium with the galleries
supported on cast iron columns. There is no sign of the original decoration
to the fronts of the galleries, but a painting of the Royal Arms remains
above the proscenium. The theatre was closed in the C19 and used as a
Nonconformist chapel, but it was reopened and again closed in the years
between the two wars. Altered c1926 for Terence Gray by Harold Ridge and Norman Marshall, with the removal of the proscenium arch and the introduction of a cyclorama and a revolving stage. This was one of the earliest uses of this type of modern stage technology pioneered by Gordon Craig in the 1920s (RCHM 277).