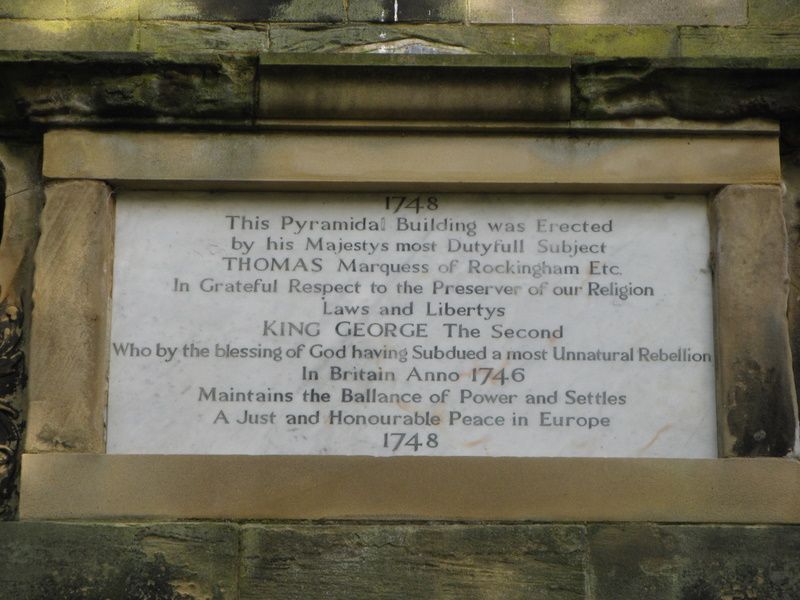 Erected to commemorate the quelling of the Jacobite rebellion in 1745
but also in homage to George II following the elevation of Lord Malton
to the position of Marquis of Rockingham. Inscription on marble panel
reads:
1748
This Pyramidall Building was Erected
by his MAJESTY'S most Dutyfull Subject
THOMAS, Marquess of Rockingham & ca
In Grateful Respect to the Preserver of our Religion
Laws and Libertys
KING GEORGE THE SECOND.......

An important landscape feature of the Wentworth estate and notable
local landmark.