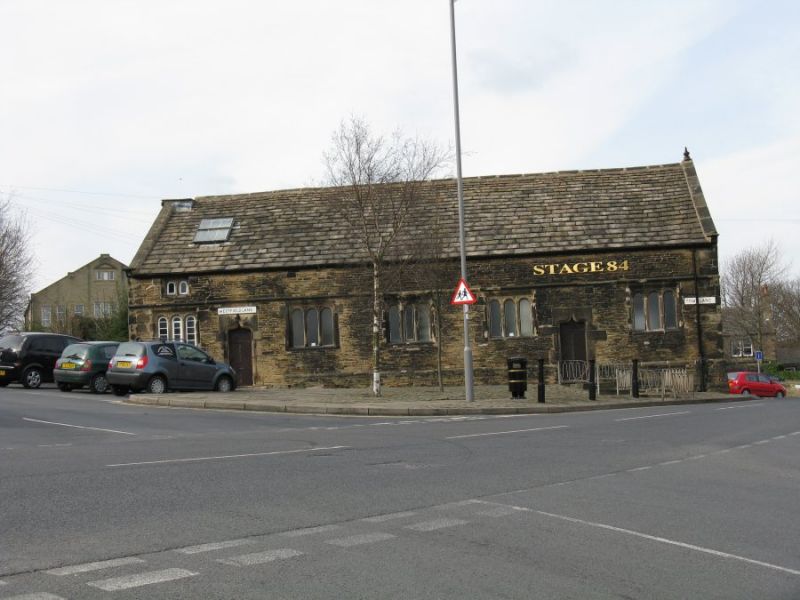 2.
Built as a chapel of ease in 1630 but not consecrated until 1692 and prior
to this date used by non-conformist congregations as well, an unusual case.
On an island site the chapel is erected on a plain rectangular plan, built
of coursed gritstone with plinth and flush quoins. Stone slate roof, coped
gable ends with shaped kneelers surmounted by small ball finials. Small square
stone bellcot to north-west gable with corbel support, blind arched panels
to sides, small crow wing finial. The side windows of the chapel have a
domestic character with chamfered mullioned-transomed round-headed lights.
The south-east gable has a large window with simple Perpendicular tracery
formed by diminishing rows of round-headed lights, a pattern very similar to
the Old Bell Chapel at Thornton and Holy Trinity, Low Moor. On east side is a
moulted jamb doorway with ogee shaped head dated 1630. The interior has been
modernised.