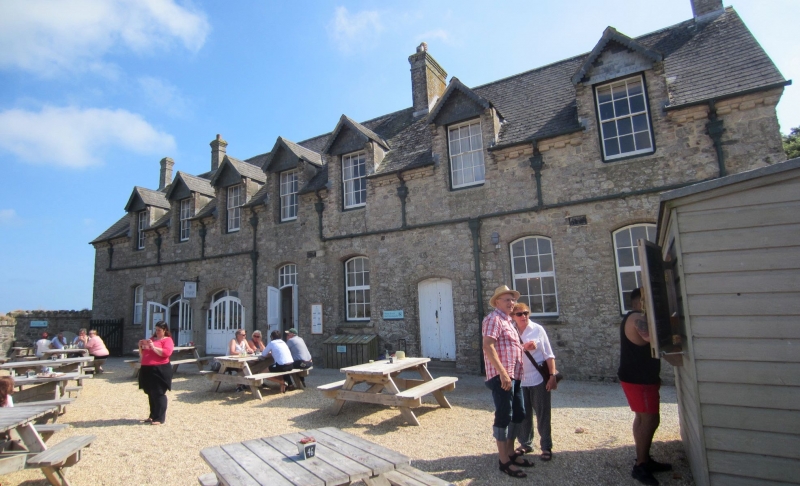 Former laundry for the Mount, now a cafe. Circa 1870s extended slightly later.
Granite rubble with granite and brick dressings. Asbestos slate roofs with brick
chimneys over the gable ends and over 2 cross walls.
Plan: overall irregular T-shaped plan, originally an L-shaped plan. Double-depth
plan pair of laundry keepers cottages, right, former laundry with 2 large front
doorways, left, with wing a right angles behind and l-bay late C19 addition far left.
Exterior : 2 storeys. Overall fairly regular 7 window north front. Machicolated
eaves cornice interrupted by gabled roof dormers lath 12-pane sashes. Shaped slates
to the gables. Ground floor openings have segmental brick arches, the 2 doorways to
the second and third bays from left are a 2-bay arcade with the arches carried on
chamfered responds and central pier with corbelled imposts and capital. The former
cottages, right, are symmetrical to the ground floor with central doorway and 2 12-
pane hopper windows on either side and there is a similar window to late C19
addition, far left. The cast-iron gutters, rain water heads and branching downpipes
are a prominant feature to carry the water from the eaves between the dormers to 2
mid-floor horizontal pipes leading to 2 downpipes.
Interior not inspected.