A Grade I Listed Building in Ireby and Uldale, Cumbria 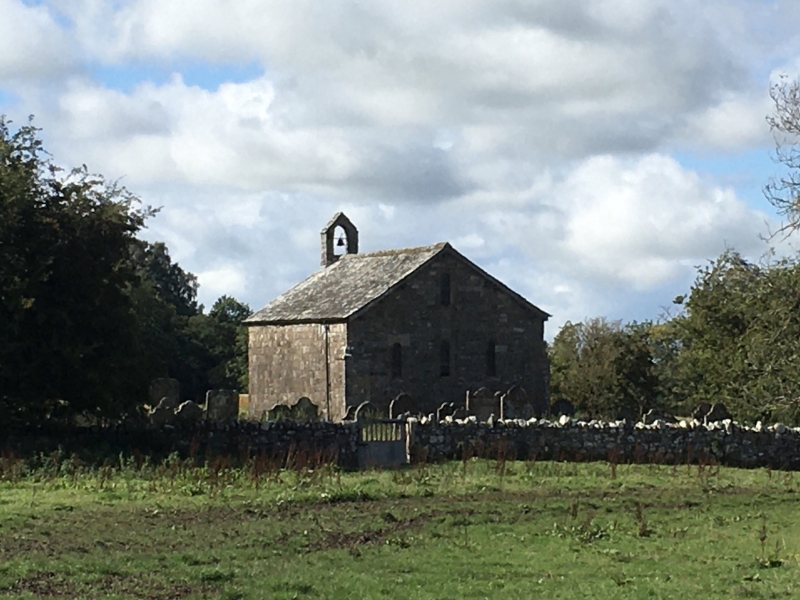 Redundant parish church. C12 with 1845-6 alterations; restorations of 1880 by Ewan Christian and 1972 for the Redundant Churches Fund. Large blocks of squared mixed sandstone and limestone with eastern angle buttresses, partly on chamfered plinth. Graduated greenslate roof. 2-bay chancel only, with west open bellcote; (the nave, north aisle and porch were demolished 1845-6). West doorway in blocked chancel arch has C19 surround under reused C12 tympanum and built-in medieval grave slab. North blocked doorway and C18 square window partly in C16 chamfered surround. 3 narrow round-headed east windows and one above, all with heavy 1880 restoration, in rebuilt wall which has built into it 2 small medieval grave slabs and a larger slab in 3 separate pieces. Interior has 3-bay wall arcade in restored east wall. Open timber roof has C16 or C17 trusses. South wall has 2 blocked C13 windows, not visible from the outside because of C19 refacing. Wall plaque to George Crage of Prior Hall, 1626 and aedicule monument to Thomas Wilson 1769. Medieval piscina and 2 aumbries. Built into the east wall as part of C19 restoration is a stone altar shelf with incised medieval cross above and a grave slab inscribed in Lombardie capitals HIC JACET EVA FIL. Disused after new church was built in Ireby village and declared redundant in 1972. Now in the care of the Churches Conservation Trust.