A Grade I Listed Building in Kendal, Cumbria 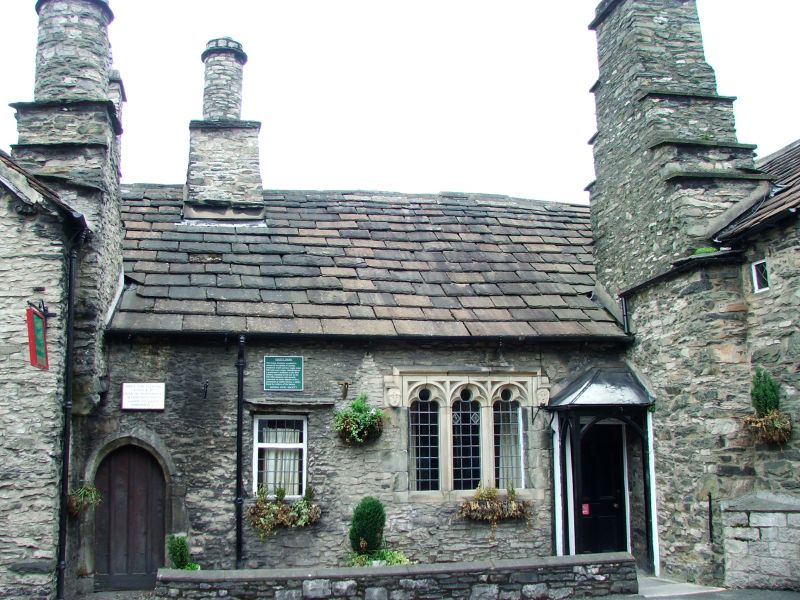 Farmhouse; the name implies an association with Kendal Castle but 'Dairy' may be
a corruption of 'Dowry'. Now a restaurant. Probably C14; extensively
remodelled c1560 for Anthony Garnett (numerous dated features have survived).
Later additions and alterations. Coursed rubble with quoins. Graduated
stone-flag roofs; stone chimneys (corbelled to west wing and projecting to east
wing). Central Hall with 2-storey cross-wing to either end. For detailed
description (including exceptionally well-preserved interior) see R.C.H.M.
Westmorland (1936), with the following amendments: multi-light windows, to Hall
front and to west wing lst floor, were renewed in 1983/4 (all in facsimile
except for heads carved on label-stops to Hall window). On the interior, 2 more
original doorways (with pointed heads) have been opened up on the left-hand side
of the cross-passage; the ground floor, east wing, fireplace and some of the
original windows have also been unblocked. The extension to the rear of the
west wing has been demolished.