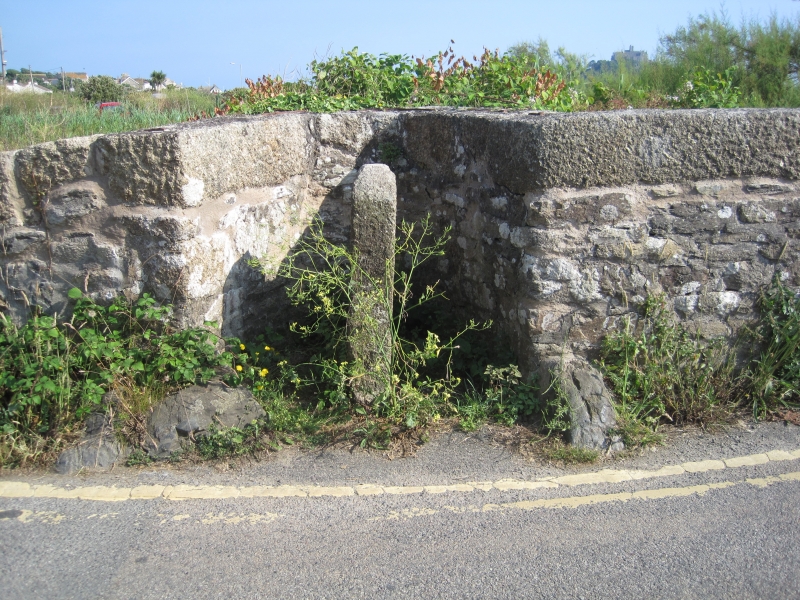 Plan: Two-span bridge of single carriageway width splayed out over the abutments; semi-circular-on-plan refuges at either side and flanking the carriageway are randomly spaced granite fenders built into the parapet. Upstream there is a bank between the streams and downstream there is a triangular-on-plan cutwater where the streams converge. In the south-eastern refuge is a probably early C19 round-headed granite monolithic boundary stone incised with the letter 'M' for Marazion parish. The bridge is humped in the middle and the arches are pointed.

This is a rare unaltered C18 road bridge, saved from being widened by the construction of another bridge nearby in 1837 (Marazion Bridge qv).

The asset was previously listed twice also under the parish of Ludgvan at List entry 1143629. This entry was removed from the List on 20 October 2017.

This entry was subject to a Minor Amendment on 20 October 2017.