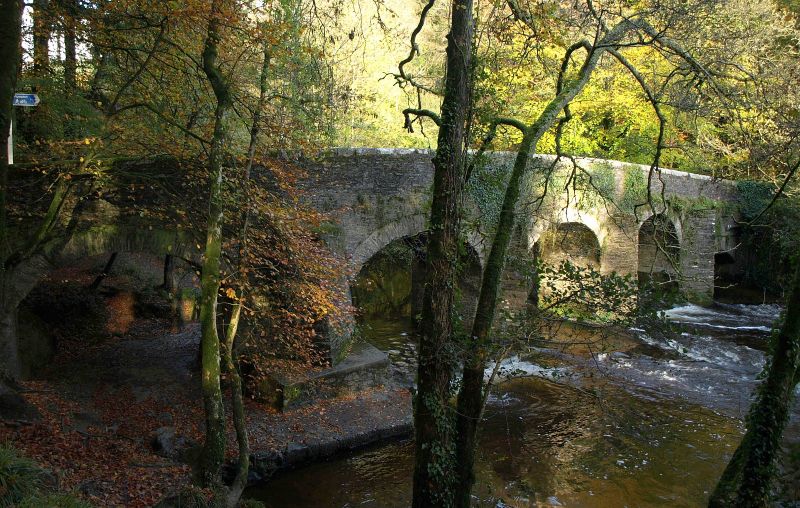 Narrow road bridge over River Plym partly in City of Plymouth. Circa C18 on earlier piers. Killas rubble. Five semi-circular arches with slightly recessed arch rings. Cutwaters to piers on both upstream and downstream sides. Parapets with chamfered granite coping stones, splayed ut at either end over the abutments. "A bridge existed here as early as 1238, on the important main road from Tavistock to Plympton". Springing of the earlier arches can be seen just above water level.

The asset was previously listed twice also at List entry 1386329. That entry was removed from the List on 23 September 2016.

This entry was subject to a Minor Amendment on 23 September 2016.