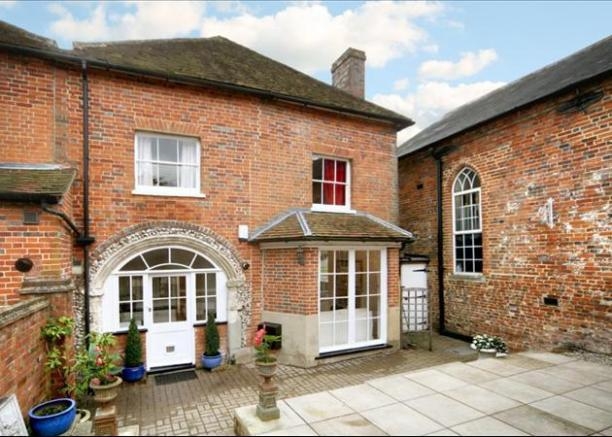 C18, early C19, mid C19. A large house, re-fronted and extended at the east side, to
show a street front (south) of 2 storeys, 8 upper windows. Slate roof returned at the
west end as a taller hipped roof. Blue brick walling in Flemish bond, Dutch flat
arches, stone cills. Victorian sashes in reveals; at the central and east sides the
ground-floor has 2 shopfronts and a carriage entrance. The rear elevation (early C19)
has projecting middle and western sections, of 2 storeys, 2.2 windows. Hipped tile
roof. Red brickwork in Flemish bond. Two French doors (one mid C19 the other late
C18) on either side of a central opening, with a segmental arch of re-used (medieval)
moulded stonework, surrounded by a flint band and infilled with red brick panels (with
blue quoins) and a French door. At the west end, a ground-floor unit may have been a
porch, is now a window.