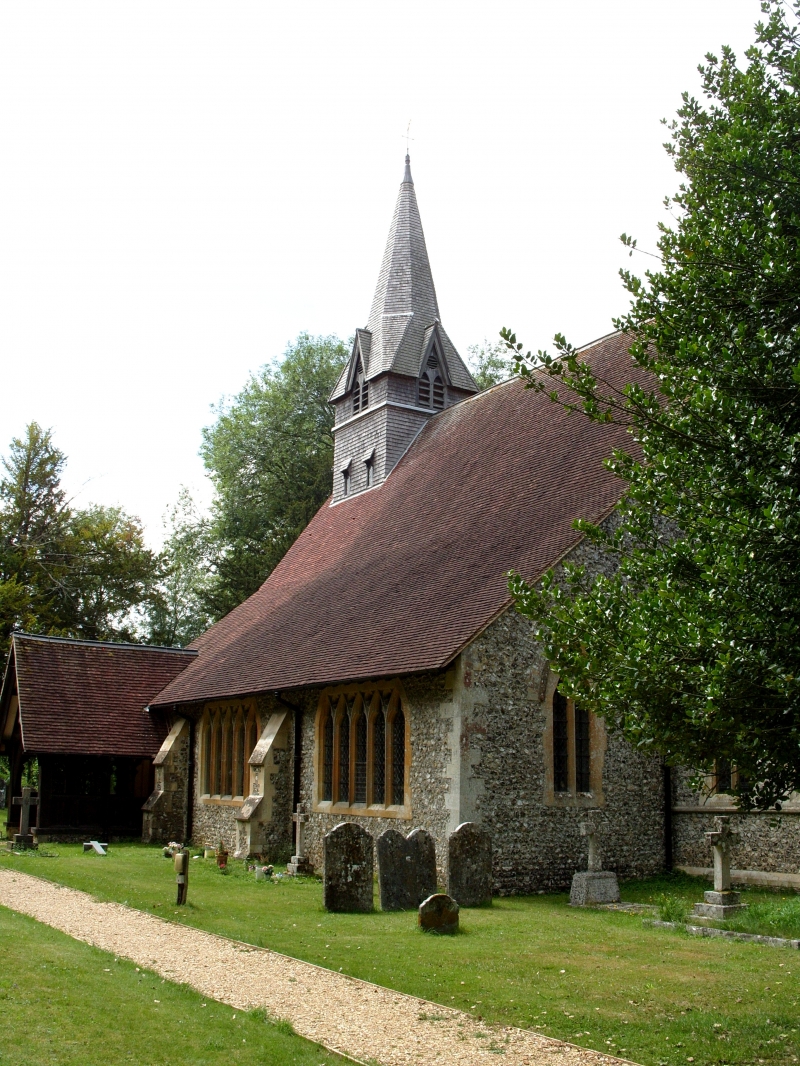 Parish church, being a replacement of a double-aisled medieval building, which may have been part of the adjoining Benedictine Nunnery. 1856-8, by Woodyer. Nave and aisles of 4 bays, chancel, north vestry, western bell turret, and south porch. Tiled roof, continued above the aisles without a clerestory. Flint walls with stone dressings; buttresses, geometrical windows, cill banding to the chancel, plinth. Within, the north aisle at the west end has some built-in sculptured fragments, and there is an effigy of a nun on a modern base, an altar tomb of 1551 (to Sir Owen West with early Renaissance details, and a medieval corbel made from part of a Saxon cross (with interlaced carving).