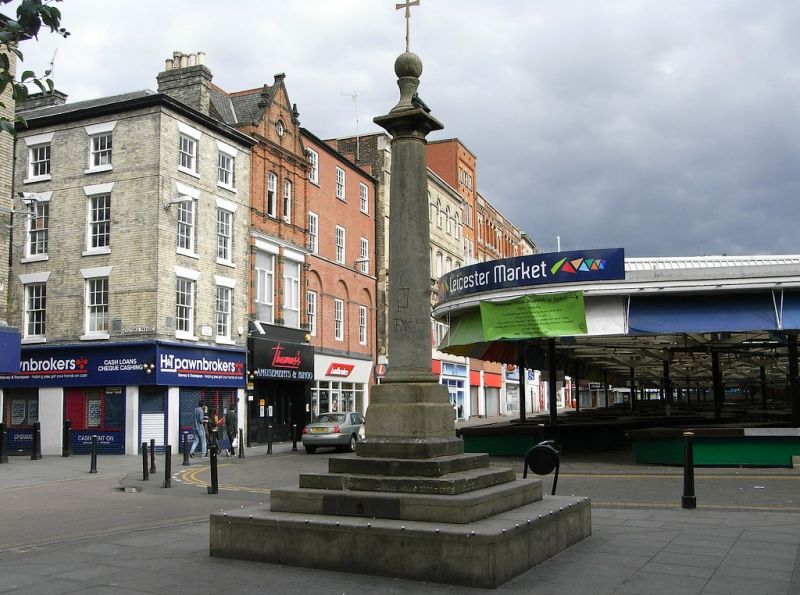 THE NEWARKE
1.
5304
(North Side)
Leicester High Cross
in Garden at rear of
Skeffington House (Newark
Houses Museum)
SK 5804 SW 2/298 23.2.55
II GV
2.
C16. A Tuscan column with ball-finial, on flight of steps. One of a
series formerly supporting the covered market (1577-1760) and later set
up singly in High Cross Street. Removed to The Crescent in later years,
and in this century to the garden of a house in the suburbs of the City
(Crosshill). Returned by bequest to the City and set up here in 1954.

Skeffington House, the Iron Gates and Leicester High Cross in garden of
Skeffington House, Chantry House and Newarke Wall together with all listed
buildings in Castle Steet, Castle Yard and Castle View form a group.