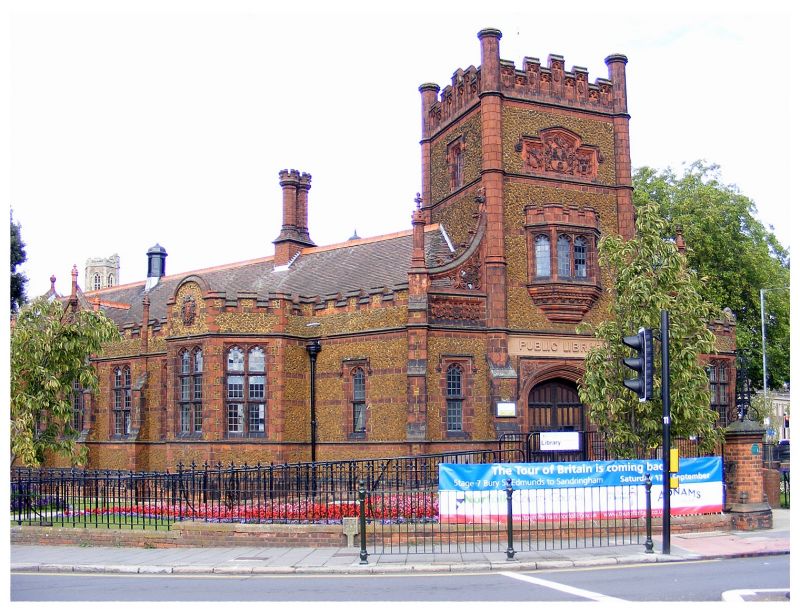 Library. 1904 by HJ Green. Cut carstone, red brick, terracotta
dressings. Plain tiled roofs. Paid for by public subscription
to which Andrew Carnegie largely contributed and who attended
opening 18 May 1905. Large, fan-shaped island block. Gothic
style with Arts and Crafts influence. 3-storey tower at angle
forms entrance porch entered through an arch reached by flight
of steps. Above is a panel bearing inscription: Public
Library. Above this is a canted oriel with an enriched soffit,
cusped lights and crenellations. Parapet to tower also
crenellated, with polygonal clasping buttresses. One-storey
abutting wings have Gothic rampart parapets containing
inscribed terracotta tablets with the names of authors.
Fenestration of 2- and 3-light transomed casements with cusped
lights. Between windows stepped buttresses rise over parapet.