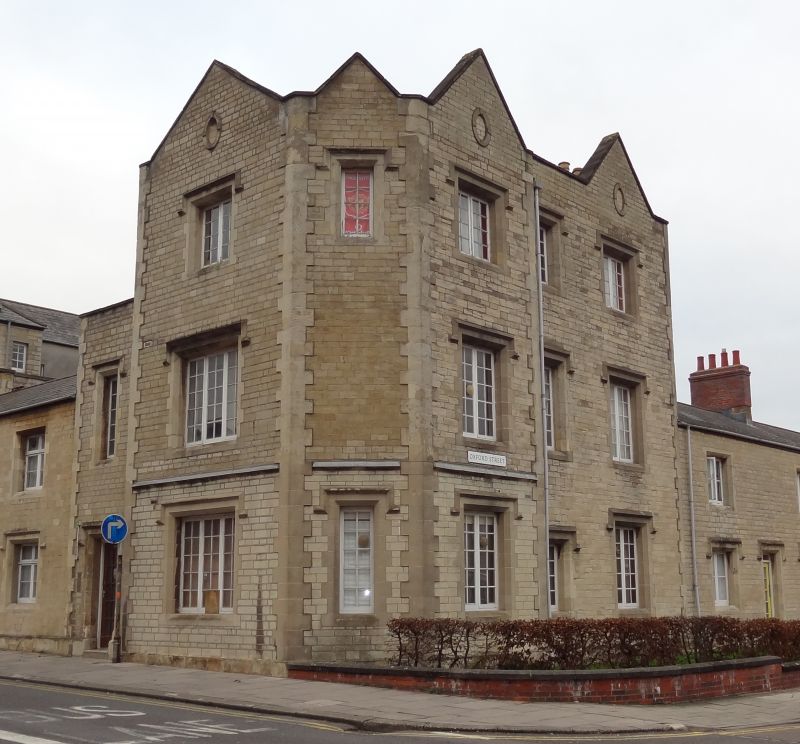 GV
II
In order to house the workforce for the new Great Western Railway works, IK Brunel designed a new village to the south of the railway line. Brunel’s early layout drawings of 1840 show a grid similar to the final plan of 12 terraces in six blocks on either side of the High Street (from 1893 Emlyn Square). Construction started in 1842, and by 1855 most of the buildings had been completed. Houses and cottages of different types were built, as well as lodging houses. Brunel himself designed only the first block of 1842 (4-25 Bristol Street); as it was visible from the railway line, this is in a more decorative style than the others.
The financial difficulties of the contractors JD & C Rigby, who undertook to build 300 cottages but only completed 130, delayed the completion of the village until the 1850s. The cottages to the west of Emlyn Square were built first (1842-1843), followed by those on the east side (1845-1847). The end blocks towards Emlyn Square, containing corner shops on the ground floor, were built in 1845-1847, and the remainder, mostly end blocks on the outer ends of the streets, were built in 1853-1855. In 1966, the local authority acquired the cottages from British Rail and restored them. The village is one of Britain’s best-preserved and architecturally most ambitious railway settlements.
House, now flats. 1846 for Great Western Railway Company, corner block with return to Oxford Street. Ashlar limestone, slate roof. Two storey, three bays. Central four-panelled door, half-glazed. Casement windows with top long lights all within chamfered ashlar surrounds, and openings with label moulding on ground floor. Keyed oculus in each gable. Return to Oxford Street. Similar to No. 1 Emlyn Square (q.v.).