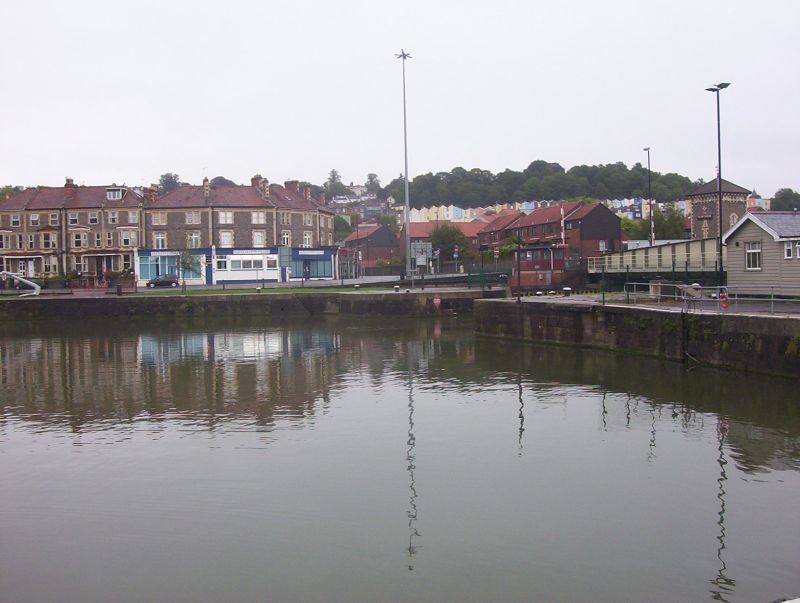 Quay walls and bollards. 1803-1809. By William Jessop. Altered
1867-73. Granite and Pennant with limestone ashlar and
cast-iron. Dressed quay kerbs and Pennant quay walls, with
mooring bollards, to sides of the Cumberland basin, North
Entrance and North Junction Locks.
HISTORICAL NOTE: Cumberland Basin and South Junction Lock (qv)
form part of Jessop's 1804 W entrance to his floating harbour,
with the South Junction Lock (qv), and Brunel's South Entrance
Lock (qv). The North Entrance Lock and North Junction Lock
were built by the Docks Engineer Thomas Howard in 1867-73. The
Floating Harbour provided a large non-tidal area in the Port
of Bristol for the first time, a long-planned and much-delayed
development. Though incapable of counterbalancing the port's
inadequacies relative to its rivals such as Liverpool and
London, it had a profound effect on the commercial and
industrial history and geography of the city, and thereby its
architecture.
(Lord J and Southam J: The Floating Harbour: Bristol: 1983-:
33).