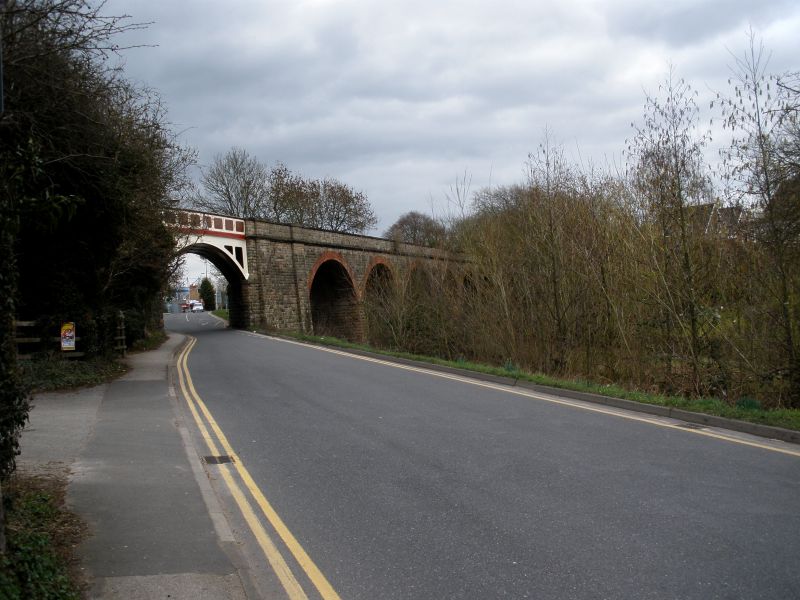 Former railway viaduct, now carrying a footpath. c1875,
restored c1989. Probably for the Midland Railway. Rock-faced
stone and red brick, with red brick and ashlar dressings and a
single cast-iron span. 10 round arches with red brick
dressings, on a slight curve, spanning the River Maun. Single
cast-iron skew arch at west end, spanning Quarry Lane. Round
arch with pierced spandrels and panelled cast-iron parapet. On
either side, pilaster buttresses, one to west, 2 to east.