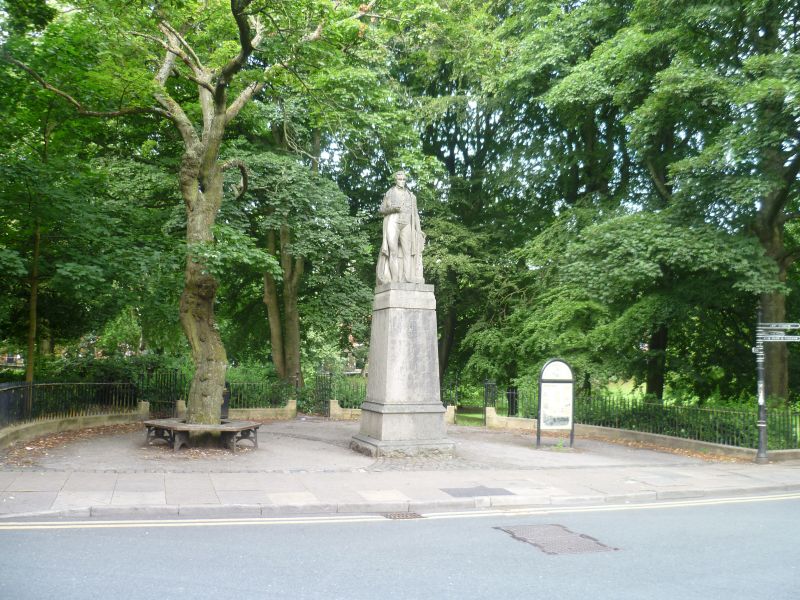 Monument to Sir Robert Peel (d.1850). Erected 1852; by Thomas
Duckett of Preston. Limestone. High square pedestal with
moulded base and banded top, surmounted by statue of Sir
Robert Peel standing with his left hand on a draped rock
behind him and his right hand at his waist, wearing a top
coat, and a pair of trousers the tightness of which attracted
contemporary criticism ("The clothing appears to cling to the
lower limbs as though it had been soaked in water": Hardwick,
History of Preston, 1857). The pedestal is inscribed "SIR/
ROBERT PEEL/ BARONET" with "ERECTED/ BY PUBLIC SUBSCRIPTION/
1852" on the plinth, while its base has a linear hollow in
place of the original inscription "THOMAS MONK ESQ., MAYOR"
(erased following Thomas Monk's sentence to penal servitude
for life in 1858, convicted for forging a will).