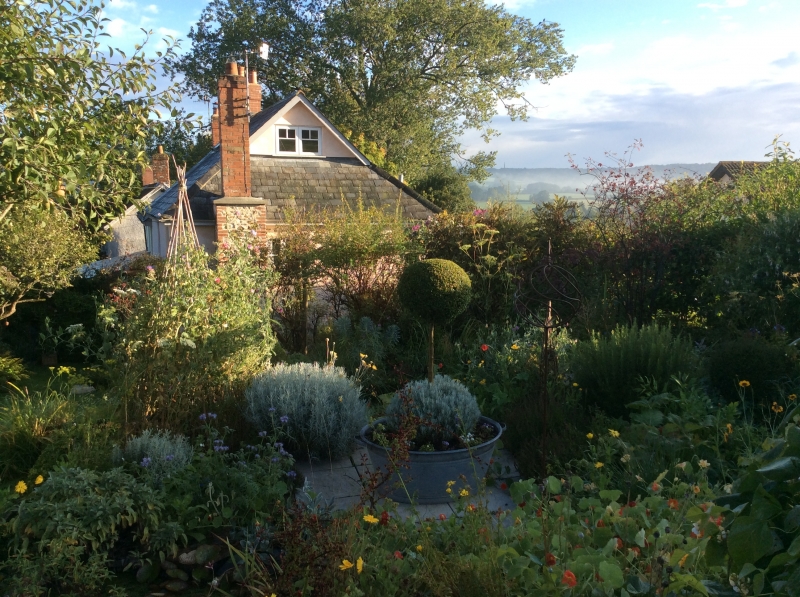 Includes: Nos.33-39 Chubb's Almshouses COURT BARTON.
Two blocks of 4 almshouses. The block facing Court Barton,
early C17; altered in 1887, and the block facing West Street,
1897, to the designs of George Vialls of Crewkerne.
MATERIALS: coursed limestone rubble with Ham Hill stone
plinths and dressings, and slate roofs.
PLAN: each block is 4-units, with a lower rear extension to
the right of the eaelier block facing west onto Court Barton.
EXTERIOR: 2 storeys. Court Barton block has 3 courses of stone
slate at eaves-level; stone coping, moulded kneelers and brick
stacks to gable ends, and one central ridge stack. The
4-window range facade consists of 2 symmetrical pairs which
flank a central plaque; this has a moulded architrave, the
inscription is illegible. The plaque rests on a moulded string
course spanning the facade above the ground-floor windows. All
the windows are 3-light leaded casements with hollow-moulded
stone mullions, except that to the far ground-floor right,
which is 2-light. Plank doors, under Tudor-arched architraves
with sunk spandrels, are paired to each end and are flanked by
casements. The first-floor windows, which are directly above
those to the ground floor, are at eaves-level, where
wrought-iron brackets support the gutter.
The right return has 2 windows to the ground-floor rear
extension, and in the centre of the gable end is a pedimented
plaque with fluted pilasters. The inscription reads: "In the
Jubilee Year of the reign of Her Majesty Queen Victoria, on
June 20th 1887, the inhabitants of Crewkerne raised by
voluntary subscription the sum of »369.15.9, which was
invested, »366.11.6. 3-and-a-half per cent India stock, and
was added to the endowment fund."
The block facing south, on West Street, built in 1897, has 4
similarly paired dwellings with small single-storey extensions
to the rear: the windows are similar but larger, 3-light to
the ground floor and 2-light above, set in full gabled
dormers, the central ones paired under one large gable,
crowned by a finial and decorated with strapwork resting on a
floating cornice supporting a plaque. The planked doors have
overlights with Gothic-style glazing bars, under Tudor-style
arches; above the doors, under the eaves, are small
single-light windows. This block has a continuous string
course above the doors, stone coping and stone stacks to gable
ends, and one central stack.
INTERIORS not inspected.
SUBSIDIARY FEATURES: a coursed limestone rubble wall with Ham
Hill stone coping, encloses the front and right side of the
West Street block; it is attached to the rear of the Court
Barton block, sweeps down and curves into Oxen Lane, where it
is approx 2m high. It sweeps up slightly to 2 gate piers to
the centre-front; these have swept, domed caps and support
wrought-iron double gates.
HISTORY: although dated 1644, the oldest document known, of 30
August 1710, mentions Mathew Chubb and his wife Margaret, both
long since dead, leaving half and acre of ground and money for
the perpetual relief of 8 poor pe
(Charity Commissioners' Reports: 1819-1837; Victoria County
History: Somerset: London: 1978-: P.37).