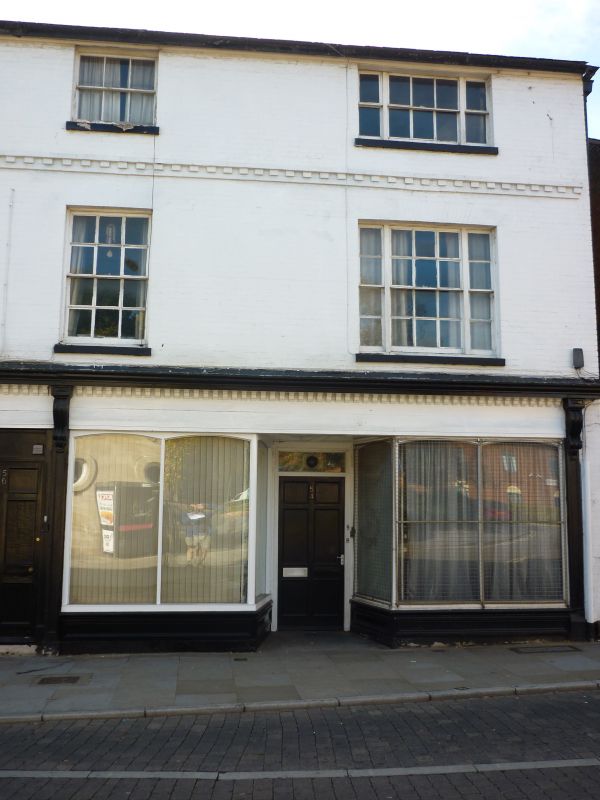 2.
Early C19 brick front to older building. Three storeys, three window range of double hung
sashes with glazing bars in plain reveals. The outer windows are three light. Brick band
between first and second storeys. Ground storey has late C19 shop front under cornice. Flat
pitched slate roof. Interior has enriched plaster ceilings on first floor (compare Three
Cups Hotel, Harwich). Decorated in one case as a compartmented ceiling with plaster
enrichment on the beads of foliage trails and the sections with shaped angular panels round a
central square with central boss; and with flower bunches in the shaped panels. The other
ceiling has an oval central panel with Tudor rose centre and fleur-de-lys. The ceilings are
probably late C16 or early C17.