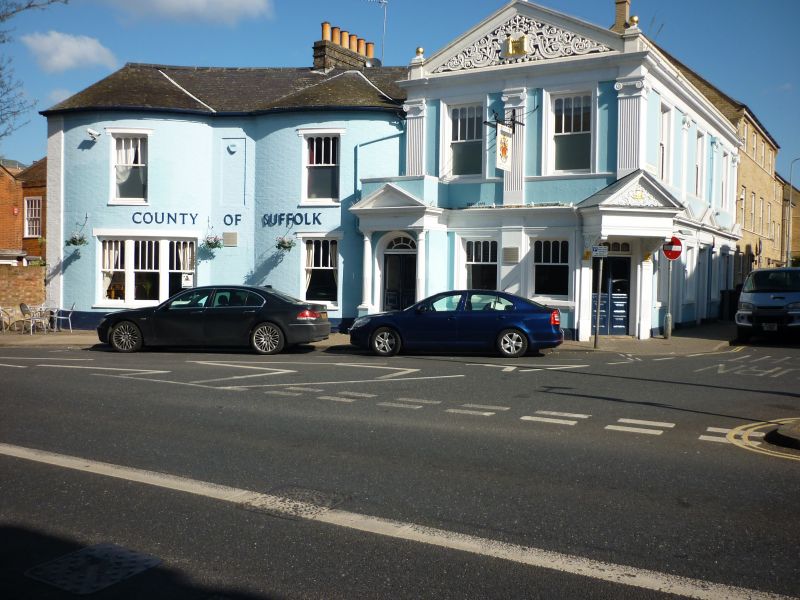 2.
The building comprises an early C19 brick house (painted) with a large late C19
hotel block added on the east side. 2 storeys. The earlier house has 2 shallow
bays on the south front, each of 1 window range and 1 window range (blocked) between.
Roof slate. The later addition has 2 window range on the south front and 3 window
range on the east front. The windows generally are double-hung sashes with vertical
glazing bars and arched panes in the upper sashes. On the south and east fronts
the upper storey windows are separated by fluted. Ionic pilasters. The ground storey
has 3 pedimented doorways on the east front and a Tuscan pedimented porch on the
south front. There is also a corner entrance with a projecting pedimented hood.There
is a parapet with cornice on the east front and a pediment with ball finials and
an ornamented tympanum.