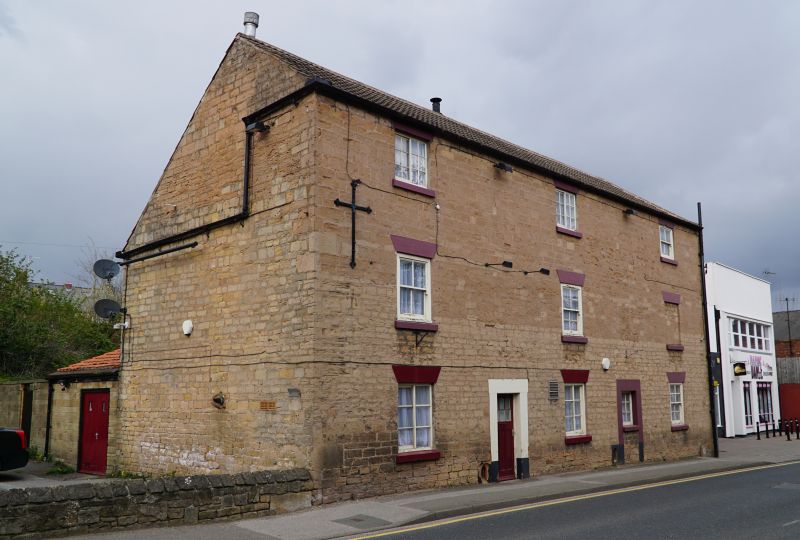 (Formerly listed as No.60, (The New Inn), STATION STREET)

GV
II
Public house. Early C19. Dressed stone with gabled and hipped concrete tile roof. Three storeys, three bays. L-plan. Windows are C20 casements, glazing bar and plain sashes and Yorkshire sashes. South front has to left, door flanked by single casements. To its right, blocked doorway with casement, and beyond, a sash. Above, to left, two sashes, and to right, blocked door. Above again, to left, two Yorkshire sashes, and to right, a plain sash. All windows have rendered splayed lintels. East front has door flanked to left by single and to right by two sashes. Above, four sashes. Above again, to left, blocked opening and to right, three sashes.