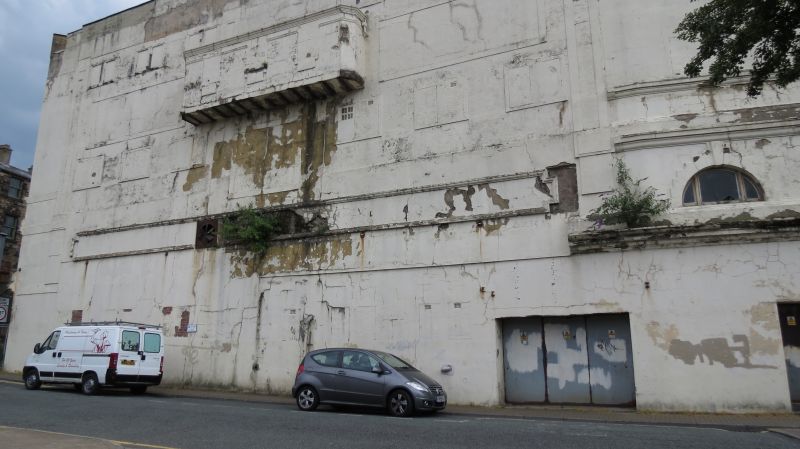 Rendered brick painted white; roof concealed but probably slate. Roughly square plan set back from street behind Nos 126-132 (not included) and enclosed on every side except the west (to Cow Lane). No front facade: approached by passage through No.118.

INTERIOR: the principal feature of interest is the interior, which retains most of the structure and decoration of 1911: a wide segmental proscenium arch with moulded plaster surround, panelled spandrels and central crest; a large projected two-tier box on each side, with an elaborate architrave including partly-fluted columns with composite capitals and an entablature with a corrupt-leaf frieze and dentilled cornice, and projected bow-fronted boxes with moulded plaster decoration, the lower with three rectangular panels and a central cartouche and the upper with stylised Graeco-Doric band round the bottom, a band of enriched geometric panels in the centre and a bead-and-reel cornice; two curved galleries, the upper set back, with raked seating and decoration matching that of the boxes; panelled side walls, and pilasters with festoons and foliated capitals; and a coffered ceiling with a bow-ended central compartment and dentilled enrichment.

Good example of Edwardian theatre design, and now a rare survival in a provincial industrial town: one of five built in Burnley 1876-1908.