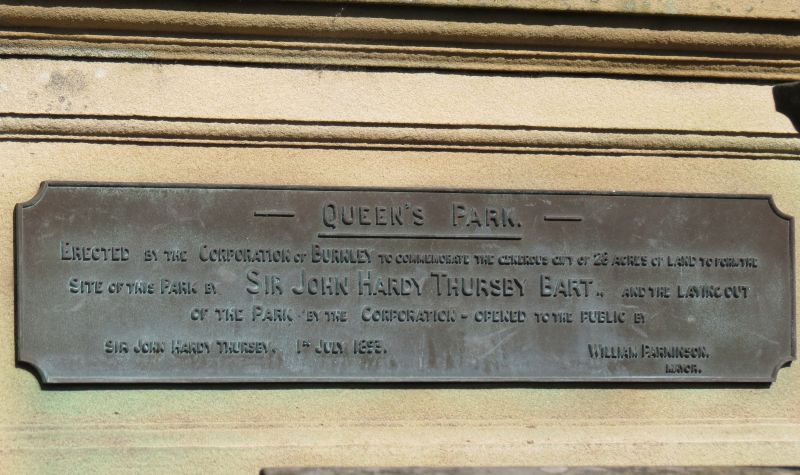 Commemorative monument in the form of a fountain. Dated 1893.
Commemorates the gift of land by Sir John Hardy Thursby, Bart.
in 1888, for the making of Queen's Park which was opened in
1893. Sandstone ashlar, rendered brick and polished pink
granite. Jacobean-Renaissance style. A wide circular bowl of
sandstone ashlar (lined with rendered brick) with a moulded
surround and octagonal piers at the cardinal points surmounted
by ball finials; and a central sandstone dome carried on 4
pairs of polished granite Ionic colonnettes mounted on a
square stone plinth: the plinth has panelled sides and
panelled diagonal piers with a moulded cornice carried round,
and the dome has a frieze which matches this, with a prominent
moulded cornice carried round, and a large obelisk finial. The
front and rear panels of the plinth have lettered bronze
plaques commemorating the gift of the land and the opening of
the park by the donor on 1 July 1893.