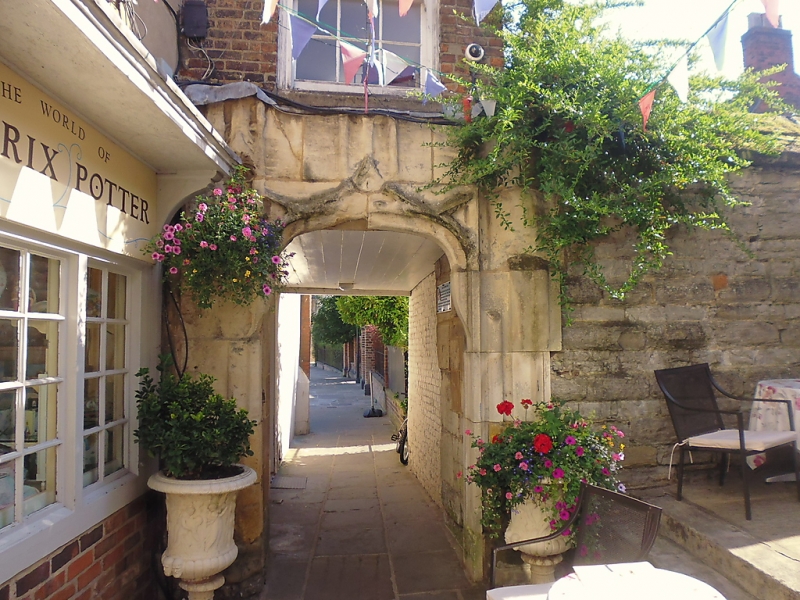 Formerly known as: Gate to College Court COLLEGE GREEN.
Pedestrian gateway in the former precinct wall of the
Benedictine Abbey of St Peter, now the Cathedral (qv);
formerly known as Upper College Gate, an entrance leading into
the south-east corner of College Green from College Court.
Above the gateway and on its northern side at first-floor
level a small C18 wing projects from and forms part of No.1
College Green (qv). C14, refaced in early C16 for Abbot Parker
in Perpendicular Gothic Style. Ashlar, the outer, southern
face badly weathered in part and capped with lead.
EXTERIOR: the south front richly decorated, the archway with
moulded jambs and shallow basket arch, above the arch remains
of a shallow gablet with finial and the lower parts of blank
panels; on each side of the arch the remains of a canopied
niche.