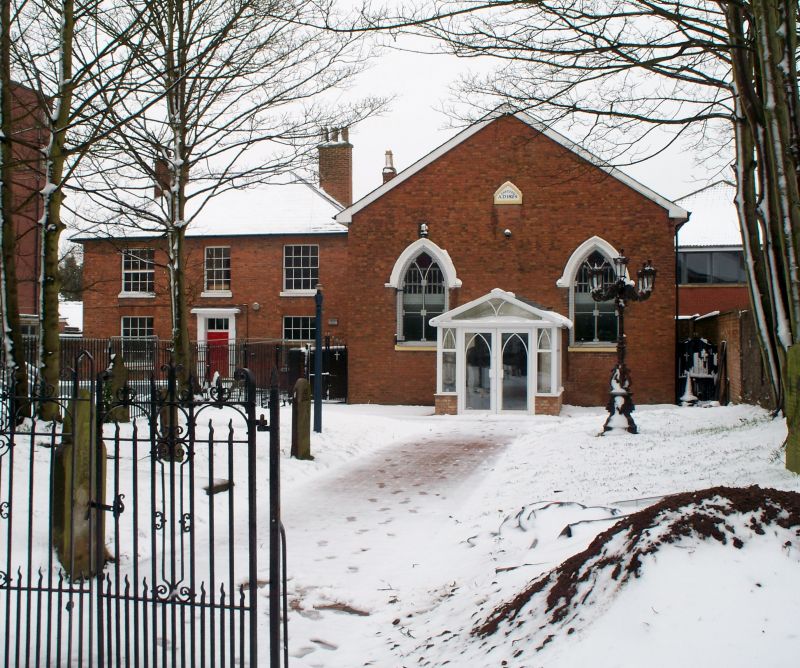 Congregational chapel. Dated 1824; extended later in C19. Flemish bond red brick. Welsh slate roof with gabled ends and overhanging eaves and verges. PLAN: Rectangular on plan with entrance under the gallery at the east end of the auditorium. Later in the C19 a lean-to extension was built at the west [liturgical east] end. Gothick style. EXTERIOR: Single-storey. 2-bay gabled east front. Two pointed-arch windows in cavetto-moulded stucco openings with stuccoed hoodmoulds and C19 Y-tracery windows with horizontal glazing bars. Tablet in gable above inscribed:- Erected AD 1824. Late C20 porch at centre, in front of original doorway. The north and south sides each have two windows, similar to those at the front, but with brick cavetto-moulded openings and hoodmoulds. Later C19 brick lean-to extension at rear, west. INTERIOR not inspected, but thought to retain its gallery.