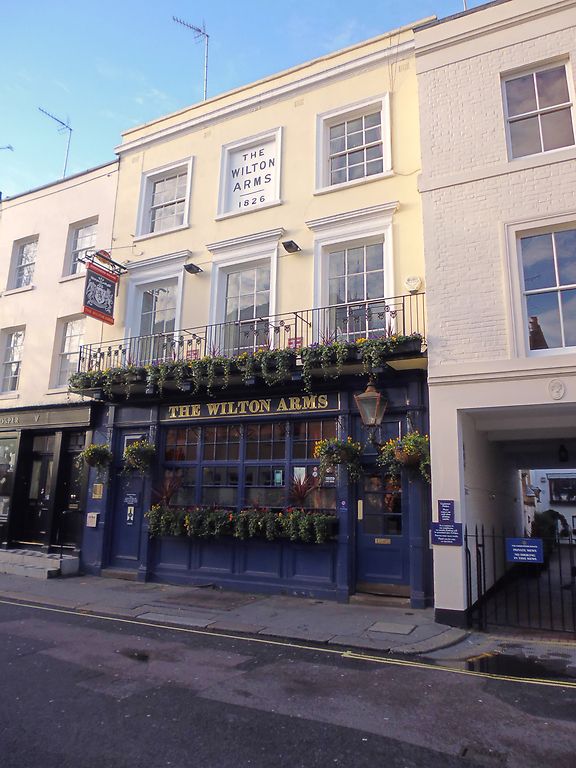 Public house, 1825-6. Rendered brick, roof hidden behind parapet. Ground floor occupied by
timber pub frontage, largely C20. Floor-plan two rooms deep, and three bays wide, three storeys
high. Frontage a symmetrical composition, the upper floors with twelve-light glazing bar sashes
in moulded architrave surrounds, save for the central second-floor window which is blind and
inscribed 'THE WILTON ARMS 1826'. Balcony to first floor on heavy timber brackets with C20
ironwork. Pub frontage with doors to either side of small paned four-bay glazed front, with late
C20 fascia and lamp. The interior retains some slender cast-iron columns and cornices, also an early
or mid-C19 grate in late C20 surround.
Included as an unusual, dated example of a surviving 1820s public house. Most London pubs were
rebuilt or dramatically elaborated in the 1890s.