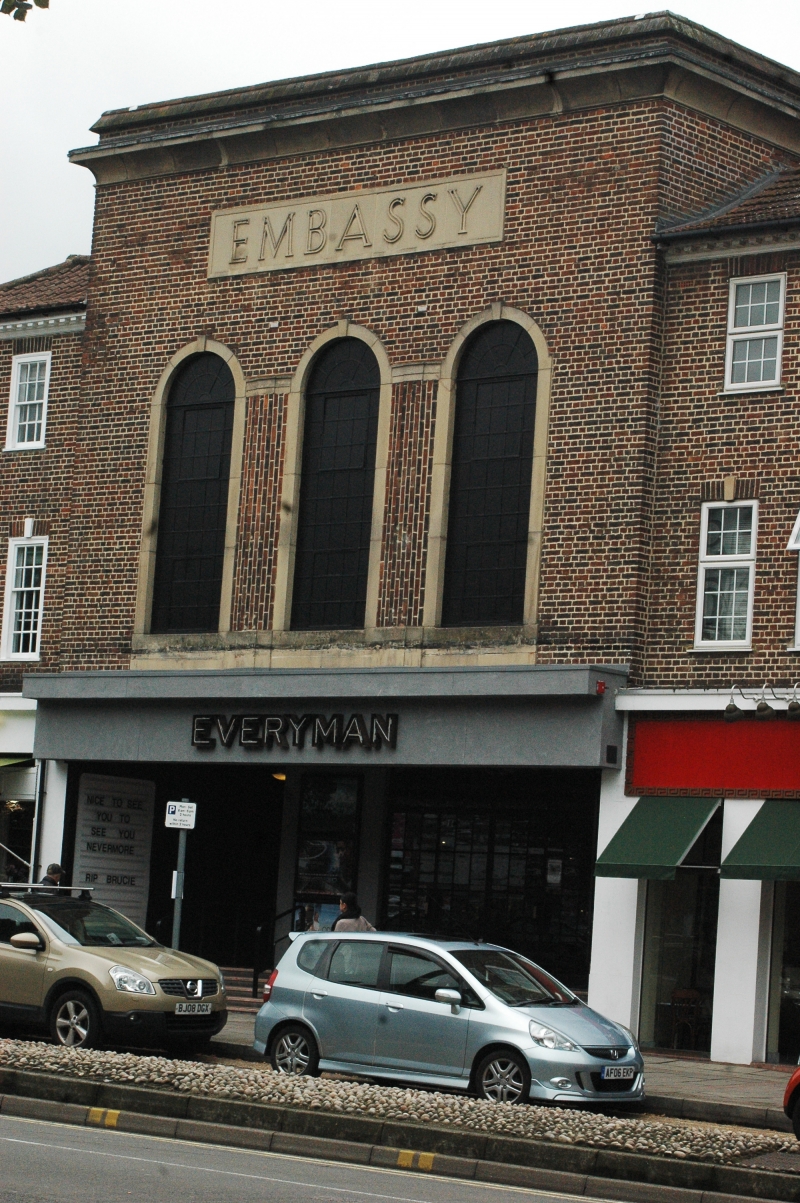 Cinema. 1936-1937 by John Evelyn Nye for the Shipman and King
circuit, forming part of a parade of shops not of special
interest. Neo- Georgian exterior with modern interior. Brown
brick in English bond with artificial stone dressings. Hipped
roof covered in asbestos sheeting. Coved stone cornice and panel
below with word "EMBASSY". 3 tall round-headed windows with
keystones and casements with metal bars and central opening
lights. Late C20 fascia and 5 double doors in late C20
aluminium. Original terrazzo steps in black, white, red and
buff. Foyer has original fibrous plaster domed lighting. The
auditorium retains its circle and stalls undivided, the slates
having an unusual double rake designed to save time and expense
in the excavation cost. Auditorium decoration by Mollo & Egan.
Ante-Proscenium walls are broken up into squares backed by
patterned grilles and illuminated from the rear. These grilles
serve both as ventilation extract and organ chamber openings.
The main ceiling is split up into squares, above which a fluted
bay is illuminated by indirect lighting troughs. Circle walls
have modernistic designs representing trees and plants (now
covered over). Original domed lighting underneath balcony and
cylindrical lighting to circle survives. 2 decorative iron
grilles in front of proscenium arch.
[see 'THE IDEAL KINEMA' SEPT 9 1937
'EMBASSY ESHER SOUVENIR PROGRAMME' AUGUST 23 1937
"THE PICTURE PALACE" DENNIS SHARP, 1969
CATHEDRALS OF THE MOVIES" DAVID ATWELL, 1980]