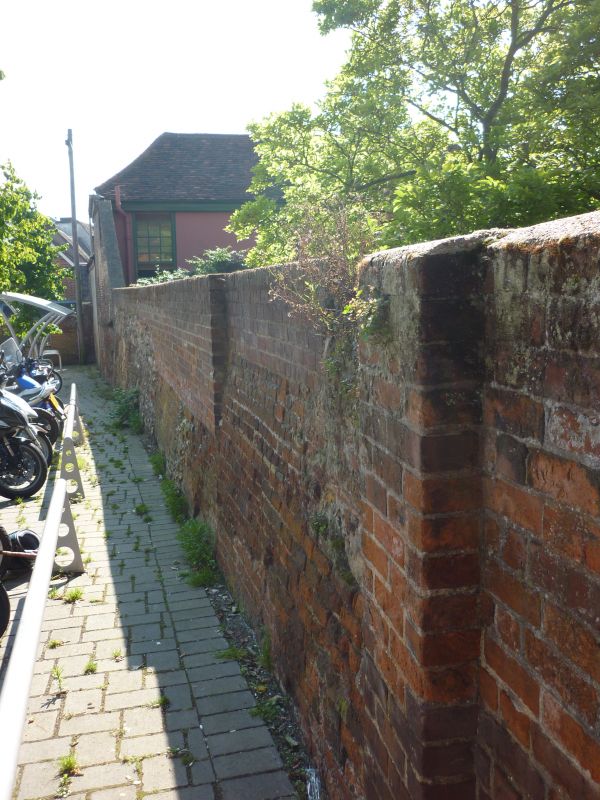 Boundary wall. Probably C15 for Archdeacon Pykenham. Flint and
stone rubble, medieval brick, and septaria, patched and
heightened in red brick. A section at the east end is detached
and forms the back wall of open-fronted sheds to the NE of the
Ipswich and Suffolk Club qv. It is reputedly the palace boundary
wall of William Pykenham who became Archdeacon of Suffolk in 1471
and Dean and Rector of Hadleigh in 1472. See Pykenham's Gateway
and brick boundary wall (qv) and Ipswich and Suffolk County Club,
Northgate Street (qv).