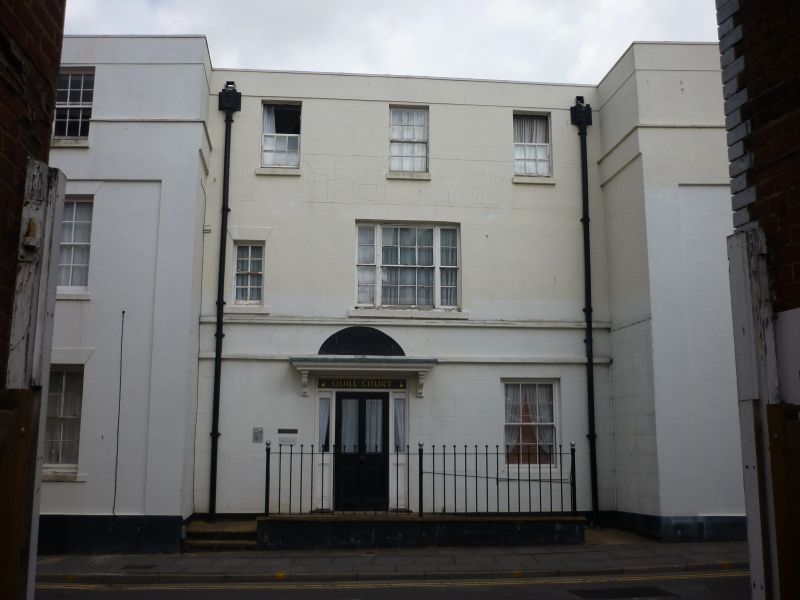 Church of England Parish: Ipswich St Mary at the Elms

The descriptive notes at part 2 of the entry shall be amended to read:

An early C19 building originally 2 houses converted into an office block. Wings project
to the east at the north and south ends. In circa 1920 the parapet was added and the
front was stuccoed (probably originally it had a stuccoed front as other buildings in
the street). In 1965 a single storey block was built between the wings, in Georgian
style. 3 storeys. 1:3:1 window range of double-hung sashes with glazing bars (mostly
original). The ground and first storey windows in the wings are set in slightly
recessed panels. Rear modern extension is not of special interest.

2.
An early C19 plastered brick building with a plain parapet. Wings project to the
east at the north and south ends. 3 storeys. A single storeyed block extends between
the wings on the ground storey. 1:3:1 window range with a single 3-light window
on the 1st storey of the centre block. The ground and 1st storey windows in the
wings are set in recessed panels. The windows are double-hung sashes with glazing
bars, in plain reveals. The single storeyed block has an entrance doorway with
semi-circular fanlight, arch and keystone.