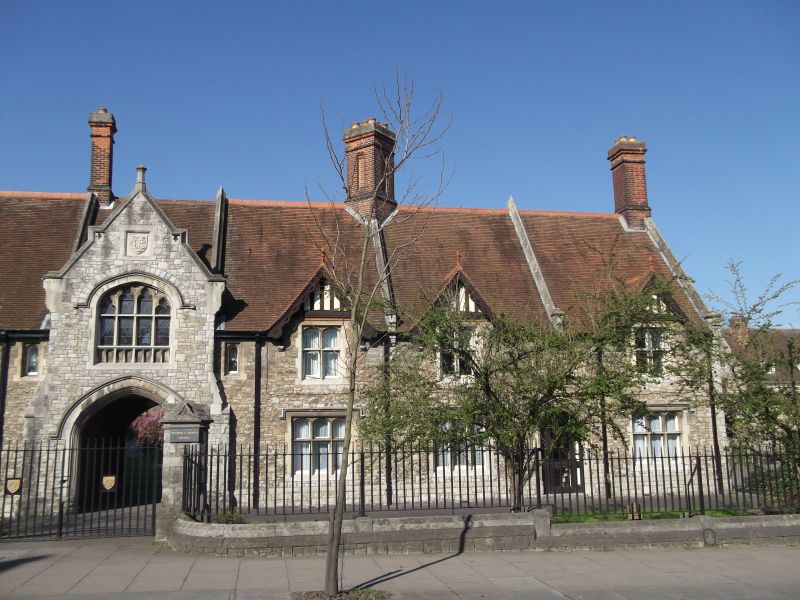 COLLEGE ROAD (West Side)
Nos 2 to 36 (even) (Cutbush Almshouses)

Late C19 almshouses arranged in groups of three separate buildings on three sides of a courtyard. Nos 2-12 are of two storeys Kentish ragstone. Tiled roof with five clustered chimney stacks. Six gables having fretted bargeboards and pseudo timber-framing and brick finials. Central stone gable with stone finial and initials and kneelers. Windows are four light mullioned and transomed windows. Central stone archway with hood moulding above. Six other mullioned and transomed windows with hood moulding and two doorcases set in the arches. Nos 14-24 and Nos 26-36 are similar but without the central stone archway.