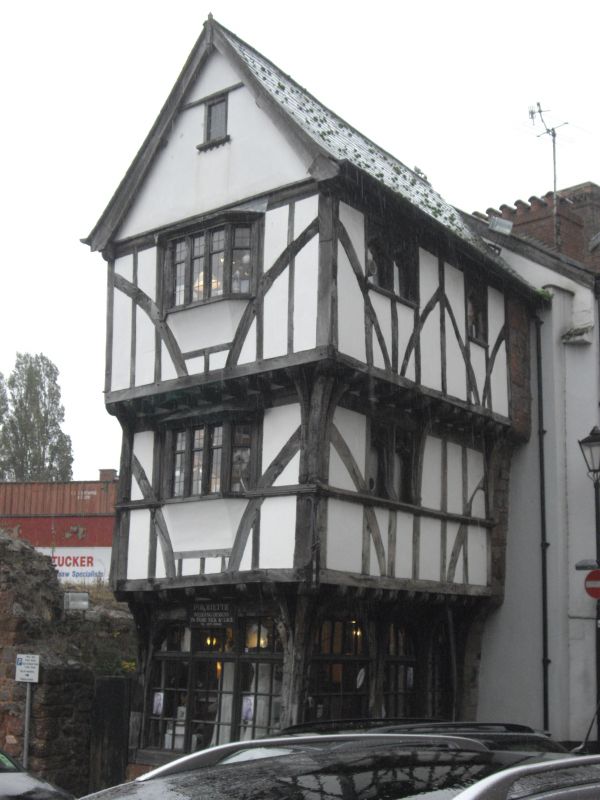 WEST STREET
1.
1092
(South-west Side)
No 24
(Formerly listed as
No 16 Edmund Street)
SX 9192 SE 5/145 29.1.53.
II GV
2.
Moved to its present position and restored in 1961. Exposed timber framing with
plaster infill. Very modernized. The back wall is rendered, the side wall is
corbelled forward at each floor level. Deep overhang to 1st floor supported on
moulded oak brackets. New windows on West Street, modern period shop front, oriel
on east end. Modern slate roof.
All the listed buildings of West Street, form a group.
No 24 forms a group with the Church of St Mary Steps, Nos 5 and 7 West Street
and all listed buildings in Stepcote Hill.