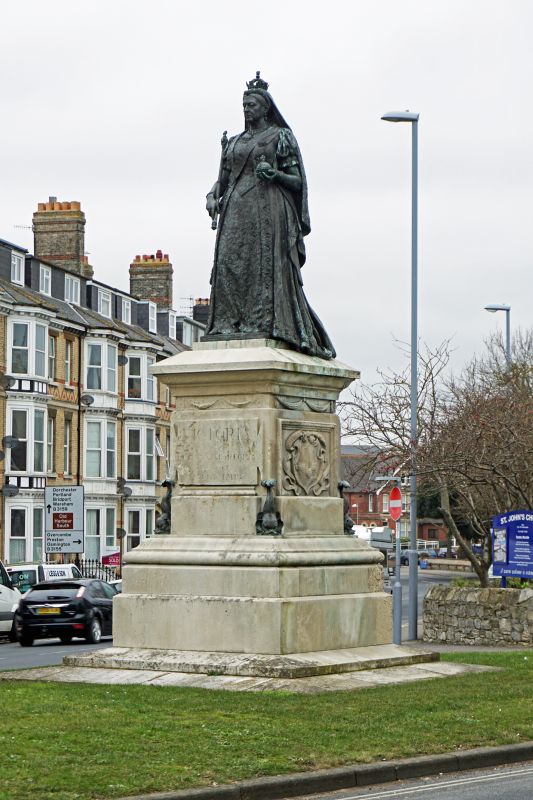 Commemorative statue to Queen Victoria. 1902. Approx 5m high
overall, a life-size bronze figure of the Queen stands on a
Portland stone podium approx 2m square. The standing figure
faces S along the Esplanade, with back to Church of St John
(qv). The square plinth has a weathered and moulded capping
above 4 decorative panels, on a moulded base to 2 offset
square stages and a weathered 2-stage platform.
The S side is inscribed: VICTORIA. D.G. BRITANNIAR (sic)
REGINA. FID DEF INDIAE IMP. To the N the panel reads: 'This
memorial erected by public subscription was opened by HRH
Princess Beatrice (Princess Henry of Battenberg) October 20th
1902. John Bragg Mayor, Richard Nicholas Howard, Town Clerk.'
The E face has a carved Arms of the Borough of Melcombe Regis,
and the NW side the Royal Arms. No sculptor's name is
recorded.
The statue is in a good position at the N entry to the town,
but is less favourably placed than the corresponding King's
Statue (qv) at the S end of the Esplanade.