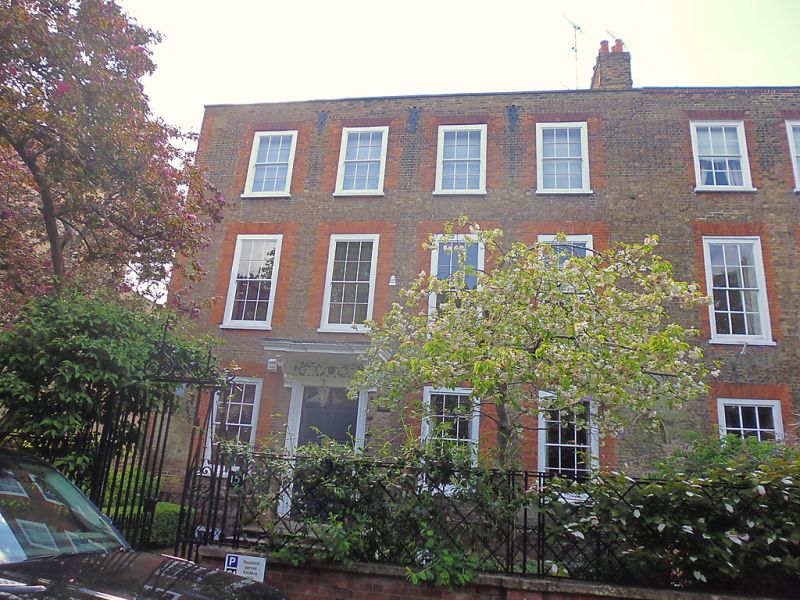 2.
Slightly taller houses with red window dressings.
No 14: 5-windows, rusticated doorway as Nos 12 and 13, but with stucco cherubs head
ornament (imported) attached to keystone. Name on decorated plaque.
No 15: 4-windows wide. Elaborate doorcase (stained dark brown and possibly imported)
with enriched surround and deep cornice hood on carved consoles. No glazing bars
except to window to left of ground floor. Return of No 15 on Chapel Lane has a C18,
2-storey stucco bow projecting from first floor, and a Corinthian pilastered doorcase.
No 14 was at one time occupied by Joseph Skelton, antiquarian and engraver, who
published the 1823 "Oxonia Antiqua Restaurata". No 15 was formerly called Chapel
House and later Holyrood House. It was occupied in 1850 by Tennyson who is said to
have written "In Memoriam" there.