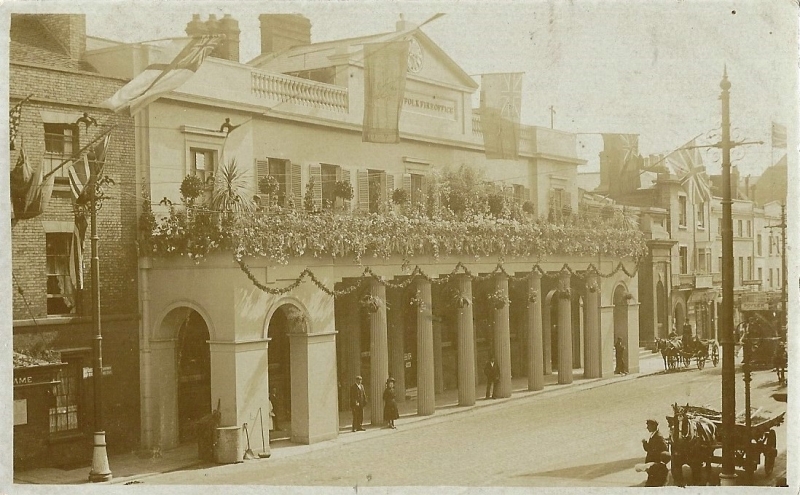 2.
Fine early C19 neo-classical facade with projecting colonnade. 1820 by
David Laing. Built as a Corn Exchange. Originally 2 storeys with central
pediment, a 3rd storey was added later. It is now of 3 storeys with
central pediment and small open pediments at each end of the front,
9-window range of double hung sashes with glazing bars, the ground floor
windows have arched heads. The colonnade has 9 pairs of cast iron Greek
Doric columns across the pavement. The arcade behind was enclosed in
later C19 and remodelled with plate glass in 1966.