A Grade I Listed Building in Shipley, Bradford 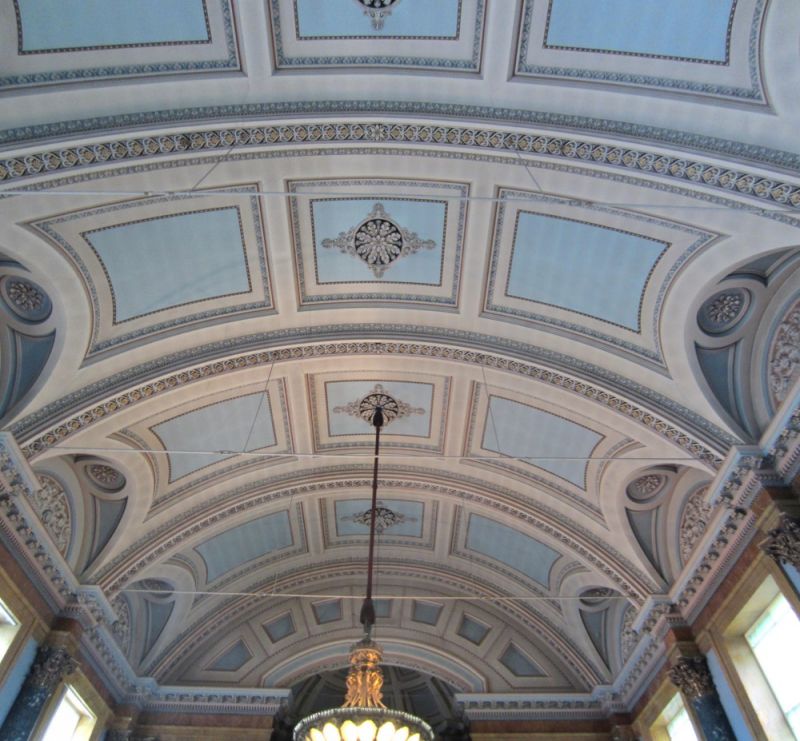 Congregational church and Salt family mausoleum. 1858-59. By
Lockwood and Mawson for Titus Salt. Ashlar. Welsh slate roof
with leaded mausoleum roof. Italianate style 6-bay aisle-less
nave with semicircular portico at west end and mausoleum to south.
Portico, 7 bays wide on a 5-step podium has central, double, 6-panel
door with similar flanking doors and giant Corinthian columns
supporting a deep dentilled and modillioned entablature. Above is
a round tower the base of which has 4 clock faces and 4 oculi. The
upper part of the tower has 8 engaged columns supporting a dome.

Interior: Small gallery at rear. Nave bays are marked by dark blue
scagliola pilasters which support a dentilled and modillioned
entablature and richly-decorated, segmental, coffered ceiling. Panelled
organ in east apse. Oak, straight-backed pews. Two massive gilt
chandeliers. Round vestibule at west end with a carved marble bust
of Titus Salt-by Thomas Milnes of London. The bust is on a square
pedestal with the Salt coat of arms with helm and crest of an alpaca.
At the base is an Angora goat and an alpaca with a fleece at their
feet wrapping a cornucopia.

Salt family mausoleum: Square with domed roof. Elaborately detailed,
the three main sides have Corinthian pilasters enriched with foliage.
The central panels are round-arched with radiating decoration to the
tympana. Entablature with modillioned cornice. The front has engaged
columns to each side with urn. Central Roman altar with festoons and
lions' heads, surmounted by an urn decorated with figures and festoons.