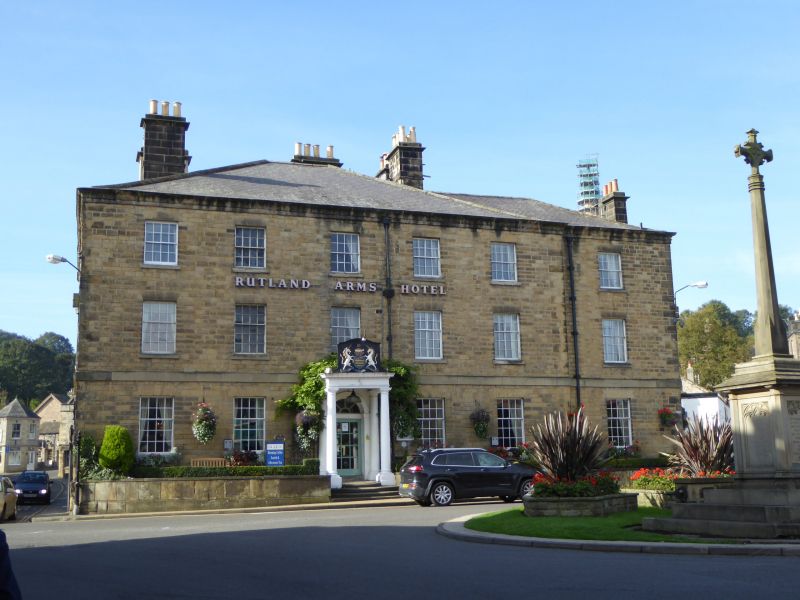 This list entry was subject to a Minor Amendment on 5 July 2017.

INTERIOR: staircase with three slats to each tread, wreathed and ramped handrail without newels. Restaurant to rear left has cast-iron grate with side hobs, consoles and relief-scrollwork fireback in marble surround with colonnettes. Similar grate with wooden surround in front-left lounge.

HISTORY: built on the site of the former White Horse Inn. Bakewell Pudding originated here under the proprietorship of Mrs Greaves, sister-in-law to Sir Joseph Paxton.