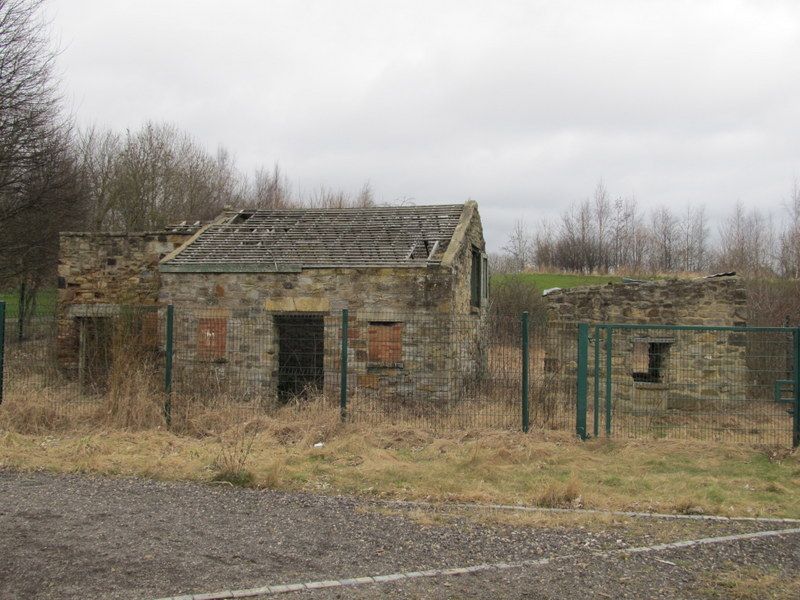 The stables were built where coal wagons left the Black Boy and Brussleton Inclines
to join the horse-drawn system. The buildings were damaged by fire in 1985 and
were derelict and partly roofless at time of survey.