Former Iron Warehouse South of Numbers 40 and 42 the Wharf 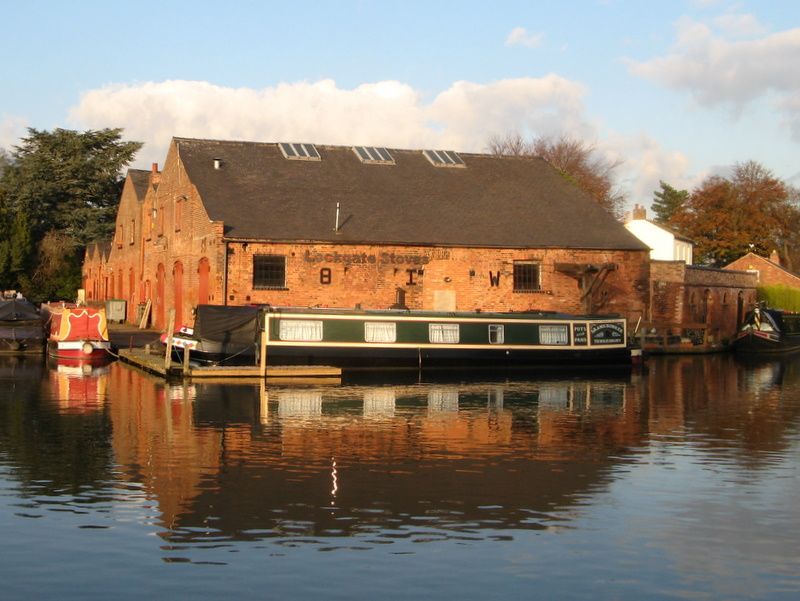 SK 44 30 PARISH OF SHARDLOW AND GREAT WILNE THE WHARF
7/211 (East Side)
28.1.77 Former Iron Ware-
house South of
Nos 40 and 42
The Wharf
GV II
Canal warehouse, iron merchants warehouse and now small
premises. Late C18, altered c1813, with late C19 additions and
C20 alterations. Red brick with gauged brick dressings and
slate roofs. Single storey plus attics and seven bays, plus
single storey three bay additions to north. South elevation has
narrow recessed gabled central bay with two bays to either side,
each pair below a wide gable and beyond to either side there are
single slightly recessed lean-to bays. Ground floor has seven
segment headed doorways that to centre now blocked in with C20
window and those to sides all with double plank floors. Above
five centre bays have four 3-light segment headed windows and an
inserted plank door to south. To north there are three gabled
later C19 bays, also with segment headed doors. Interior of
southern two bays have original substantial queen post trusses,
supported to centre on large timber posts, also with timber
gallery to east end and a lower gallery to south, supported by
iron columns and joists. This was inserted c1813 when the
warehouse was converted into an iron merchants warehouse.
Central bay has its original timber floor and two northern bays
have the original roof trusses but the central supports have
been replaced by braces into the walls. One of the earliest in
the series of industrial buildings erected after the completion
of the Trent and Mersey Canal when Shardlow was a thriving
inland port.